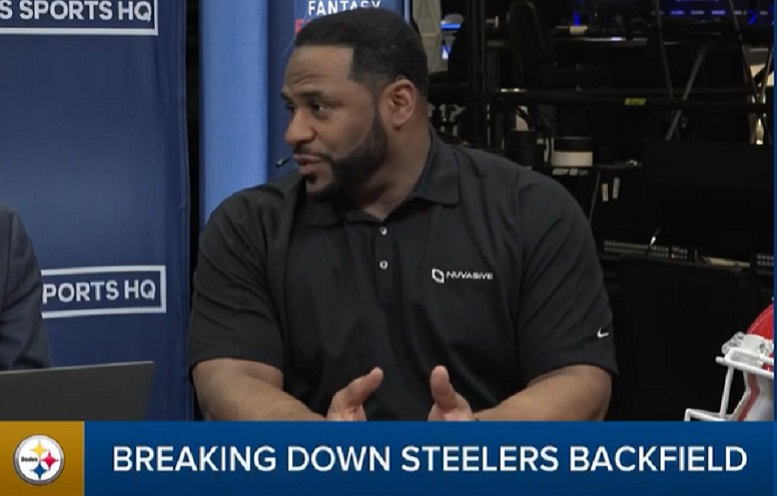 What will the status of Pittsburgh Steelers running back James Conner be in 2020? We might be able to better answer that question as soon as the 2020 NFL Draft is over with. In the meantime, however, Conner seems poised to battle fellow running back Benny Snell Jr. for the right to be the Steelers bell cow ball carrier in 2020, barring the team spending an early-round draft selection on yet another running back in late April.

The knock on Conner to date is that he can’t stay healthy. This past season, Conner missed six full games and parts of a few others due to a shoulder injury. When Conner has been healthy, however, he’s produced quite nicely and like a top starting running back in the NFL should. In a recent interview this week on CBS HQ from Miami, former Steelers running back and Hall of Famer Jerome Bettis was asked to comment on several current NFL running backs and Conner was one of them.

“If he can be healthy, I think he has a future,” Bettis said of Conner, who will enter the final year of his rookie contract in March. ” I think the key is, your availability is part of what makes you a really good running back. If you’re not available, then it’s hard for a team to depend on you and build around you. So, I think this year’s gonna be very critical for him. Hopefully he can stay healthy and stay on the football field because when he is on the football field, he’s really good.”

Due to the amount of games he’s missed to injuries in his first three NFL seasons, Conner seemingly missed out on qualifying for a Proven Performance Escalator this past season. Assuming that was indeed the case, Conner missed out on having his 2020 base salary jump from $758,000 to whatever next season’s low restricted free agent tender amount winds up being, which right now is projected to be around $2.144 million.

The Steelers running game has not been consistently good for several seasons now and especially from a successful play rate. Will the Steelers spend an early-round draft pick on yet another running back in April? If they do, it will make four consecutive drafts that they have selected at least one running back.

Personally, I won’t be surprised if the Steelers bypass the running back position entirely in this year’s draft or wait until after the fourth round to select another one. If that’s ultimately what happens, Conner will likely have one last legitimate shot at showing he can stay healthy in 2020 and thus be a top running back in the NFL.