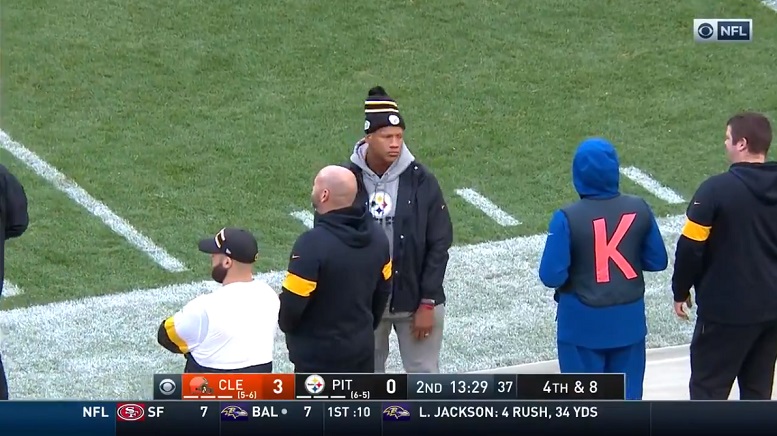 Pittsburgh Steelers inside linebacker Ryan Shazier spent a second-consecutive season on the team’s Reserve/PUP list in 2019 and on a tolled contract from the previous season. While it’s still unclear if Shazier will be able to resume his football career at some point, for those wondering about his current contractual status with the team, it appears as though his contract will toll again this offseason.

According to Joel Corry of CBS Sports, who is a former NFL agent, Shazier’s contract is likely to toll again this offseason.

“There isn’t anything in the CBA that prohibits a contract from tolling more than once,” Corry told me several weeks ago regarding Shazier’s 2020 contractual status. “He’s got a $473,000 split salary this year (2019). It would be a nominal salary cap charge in 2020 if it does.”

In case you’re curious, below is what the CBA says about contract tolling regarding players who spend a full season on a team’s Reserve/PUP list.

Section 2. Physically Unable to Perform: Any player placed on a Physically Unable to Perform list (“PUP”) will be paid his full Paragraph 5 Salary while on such list. His contract will not be tolled for the period he is on PUP, except in the last year of his contract, when the player’s contract will be tolled if he is still physically unable to perform his football services as of the sixth regular season game.

Assuming Shazier’s contract does ultimately toll again this offseason, it would likely do so at an amount of $820,000. Should, however, Shazier be unable to play again in 2020 and ultimately be placed on the Reserve/PUP list once again, such a transaction would likely result in him earning another split salary, which in his case would likely be $488,000.

Should, however, Shazier’s contract not toll again this offseason, he would become an unrestricted free agent at the start of the new league year in March.

Shazier, however, could ultimately decide to retire in the coming months, or the Steelers could decide to release him after his contract tolls. It’s hard to imagine him spending a third consecutive season on the team’s Reserve/PUP list due only to such a thing being unprecedented.

Shazier, who has served as a quasi-coach since suffering his serious spinal injury a little more than two years ago, had his 2019 contributions to the Steelers praised heavily by head coach Mike Tomlin during his Tuesday end-of-the-season press conference. Tomlin’s praise of Shazier came as a result of the head coach being asked to comment on what ways the rehabbing former first-round draft pick helped rookie inside linebacker Devin Bush during his first season in the NFL.

“Not only Devin [Bush], but, you know, Ryan’s a football junkie,” Tomlin said of Shazier. “He is. He loves it. He loves to be around it. He loves to talk it. He’s an asset to those guys. He’s a teammate. It’s no different than any other guy that’s injured and got his hand in the pile and helping his guys get ready. Whether it’s day-to-day from a practice standpoint, or whether it’s his game work.

“You know, we expect all our injured guys to be positive contributors to our efforts. And he’s among those guys just like Ben was unusually so this year. But was really pleased with the contributions from him in that regard as well.”

I have a feeling we’ll get a clearer picture regarding Shazier’s future in the next few months and by right after the 2020 NFL Draft at the very latest. Shazier, in case you need reminding, was placed on the Steelers Reserve/PUP list right after the 2019 NFL Draft. It was also announced last March at the start of the new league year that Shazier’s contract had tolled for the 2019 season.

In short, we’ll likely find out by the middle of March if Shazier’s contract will once again toll this offseason. We also might find out very soon if Shazier will be a contestant later this year on ABC’s ‘Dancing with the Stars.’