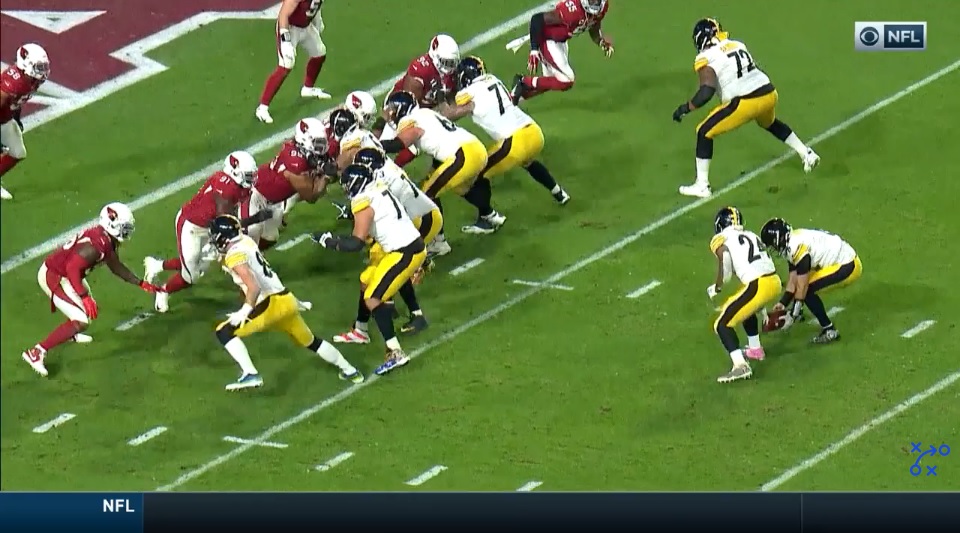 Maurkice Pouncey’s snaps have looked wonky this year but ask him and he’s not concerned. As part of the PPG’s Steelers’ mailbag, reporters caught up with Pouncey to ask about some of those shaky-looking snaps.

Pouncey chalked it up to over analysis.

“Oh, I don’t know,” Pouncey told the Post-Gazette. “I think if you watch every center every single play, the snap’s not perfect, you know? It’s football.”

Valid point on its surface but it’s fair to say this has been an especially bad year with Pouncey. His worst moment came against the Los Angeles Rams, sending the ball over Mason Rudolph’s head only to be returned by DE Dante Fowler for an early touchdown.

Here is the bad snap by Pouncey and scoop and score by Rams #Steelers pic.twitter.com/mPSNT2IcQg

Things were less disastrous last week versus Arizona. But even on Devlin Hodges’ TD pass to Diontae Johnson, Pouncey’s snap was low, left, and nearly dropped.

Those issues also existed in Hodges’ first start against the Los Angeles Chargers. After the game, Pouncey blamed focusing too much on trash talk and not on the cadence.

Pouncey, however, didn’t blame the problems on the revolving door that’s been Pittsburgh’s QB situation. He said he works with all QBs during the season.

Whatever the reason is, it’s a problem that needs to be ironed out for these final three weeks. Fair to say it’s a larger issue than what Pouncey has made it out to be. With the way this team is constructed, an offensive turnover could prove fatal in a game. Especially when the weather gets ugly. Sunday’s forecast against the Buffalo Bills is calling for snow showers with temps in the 20s.