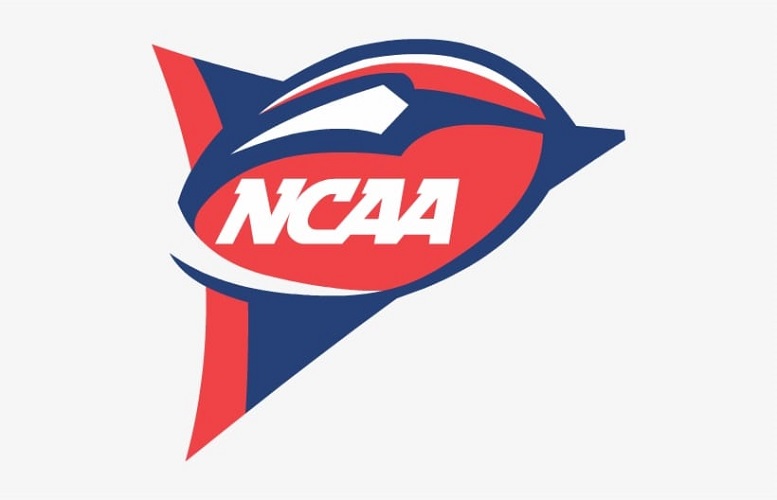 As if there was not enough football going on today with three NFL games scheduled, the NCAA decided to throw seven more bowl games at us. These seven bowl games come filled with many NFL draft prospects so let’s not waste anymore time and just dive right into things.

It’s a rematch of last year’s Celebration Bowl as Alcorn State takes on North Carolina A&T once again. Not too many notable prospects in this game but there a few that will likely help shape the outcome of this one.

North Carolina A&T’s offenses channels through two players – receiver Elijah Bell and running back Jah-Maine Martin. Bell, a senior, is a big-bodied receiver at 225-pounds and has been a record setter for North Carolina A&T since his debut. The senior receiver holds the school record for most receptions, receiving yards and receiving touchdowns. Banks is a decorated receiver who won MEAC Rookie of Year honors in 2016 along with being named second team All-MEAC in 2016 and 2018 and first team All-MEAC in 2017.

Martin is the main running back in the Aggies’ running room, rushing for over 1,100 yards this season and averaged over eight yards per carry. At 5’10 and 214 pounds, Martin, a red shirt junior, is a quick but also powerful back and has been trouble for opposing defenses this year.

On defense, North Carolina A&T boasts red-shirt senior defensive back Chris Moseley. After transferring from Mars Hill, Moseley has developed tremendously well and has put up his best season to date, recording three interceptions this season. It would be a shame to not mention Mac McCain who has been a staple of the Aggies’ secondary for a number of years. While he does not have an interception this season, McCain has been a ballhawk in years past.

Alcorn State will answer back with quarterback Felix Harper who has been razor sharp this season, throwing for 30 touchdowns to eight interceptions. While he is still just a junior, Harper will make this an entertaining game.

Central Michigan quarterback Quinten Dormady has played hot potato with schools, transferring from Tennessee to Houston and to Central Michigan. Now in his senior season, Dormady finally got extended playing time and threw for over 2000 yards with 14 touchdowns to six interceptions. He could be a very late round pick as he has great size for the position (6’5, 220 lbs).

Joining Dormady in late round draft status could be running back Jonathan Ward who rushed for over 1000 yards and 15 touchdowns this season.

On defense, Central Michigan has a trio of seniors worth keeping an eye on. There is linebacker Michael Oliver. Coming off his best season yet, Oliver notched 82 tackles, eight tackles for a loss and one interception. Defensive end Sean Adesanya and safety Da’Quan Jamison round out the group. Adesanya put up seven sacks this season though he is already 25-years old which could affect his draft stock. Jamison is the most experienced member of the secondary and has three interceptions over his last two seasons.

The San Diego State defense is about as good as they come, surrendering just 12.8 points per game. The Aztecs’ defense is definitely the group to focus on here.

The core of this defense begins with linebacker Kyahva Tezino. For the second year in a row, Tezino has led the Aztecs in tackles, this year with 96 and last year with 126. The senior linebacker was also named first team All-Mountain West last season and could make some mid-late round noise during draft season.

The Aztecs have a true ballhawk in the secondary named Luq Barcoo. The Aztecs’ cornerback has had a magnet for the football, recording eight interceptions this season. Barcoo’s ball skills have been well documented and he also has intriguing size. He could be a player that picks up some major steam as we tread closer to next year’s draft.

Running back Juwan Washington is another name to watch. After nearly rushing for 1000-yards last season, he fell back down to earth this season, putting up 500 rushing yards.

The Cure Bowl will give fans a sneak peak of more than a couple Senior Bowl invites and that is always a good enough reason to tune in.

Georgia Southern cornerback Kindle Vildor is the man to watch and name to keep in mind.  The senior cornerback has recorded eight interceptions over his NCAA career and brings many quality traits to the table. He’s a very physical man coverage cornerback with 5’11 length allowing him to hold his own against bigger receivers. Here’s one impressive play that shows what Vildor is all about.

Opposite of Vildor will be another Senior Bowl invite as Liberty will counter with receiver Antonio Gandy-Golden. The receiver may come from a small school but he is big on talent. Gandy Golden closed out his collegiate career by recording 74 receptions for 1333 yards this season and with his 6’4, 220-pound frame, he is going to be a tough guy to recover as he can use his size to out outmuscle cornerbacks.

Rounding out the Senior Bowl invites is Georgia Southern kicker Tyler Bass who went 35/35 on extra points and 17/25 on field goals this season.

If tight ends are your forte, the Boca Raton Bowl is the game for you. This game will feature the nation’s best tight end as Florida Atlantic’s Harrison Bryant will finish the closing chapter of his collegiate career on Sunday. One of the most dangerous receiving tight ends in this year’s class, Bryant recently was named the winner of the John Mackey Award, which goes to the nation’s best tight end. Bryant is going to command a lot of attention this weekend and during draft season. This will not be the last time the Florida Atlantic tight end puts on his shoulder pads before the draft as he also accepted his invite to the 2020 Senior Bowl.

SMU comes packed with an explosive offense, averaging 42 points a game and that is all due to the connection between quarterback Shane Buechele and receiver James Proche.

After transferring from Texas at the end of 2018 season, Buechele has really hit a groove at SMU and is a main reason why the Mustangs’ offense has put up big numbers this season. Buechele, a junior, put up over 3600 passing yards this season with 33 touchdowns and just nine interceptions.

Playing with a receiver like Proche has helped Buechele elevate his game as the duo were able to pick apart secondaries this season. Coming off back to back 1100-yard seasons, Proche is a quick footed receiver with excellent hands and the duo had more than a few highlight worthy plays this season. (The play below was ruled a catch and touchdown after review.)

If teams manage to stop SMU’s passing attack, they will still have to deal with running back Xavier Jones who has rushed for 1249 yards this season. The senior running back has also found the end zone 23 times this year.

Couple more guys to look out for on SMU’s defense are safety Patrick Nelson and pass rusher Delontae Scott. Nelson has played all over the field this season going from safety to linebacker and has 12.5 sacks and one interception to show for it while Scott trails him with 8.5 sacks.

The Camellia Bowl will not have many notable prospects but for teams looking for a development quarterback prospect, Florida International’s James Morgan could be your guy. Morgan has the prototypical size for a quarterback and has a laser-like arm. He finished this season with 2248 passing yards with 13 touchdowns to just three interceptions.

Linebacker Sage Lewis might also be another late-round prospect for Florida International. He does not have the athleticism that will make him a highly coveted pick but he has been a tackling machine, recording 205 tackles over his last two seasons.

Arkansas State will roll out Sun Belt Player of the Year Omar Bayless who has been a big play threat for the Red Wolves this season. Bayless is a bit of a can-do-it-all receiver, as he has the size (6’3) to be a physical receiver, he has the hands to make some terrific grabs and he also has some elusiveness. Bayless led the Sun Belt in receptions (84) and receiving yards (1473) this season.

Curtis Weaver – that is the name to watch, circle it or write it down, look out for the Boise State edge rusher during the Las Vegas Bowl. The Mountain West Defensive Player of the Year, Weaver has put up monster numbers this season, recording 13.5 sacks and 19.5 tackles for a loss. Weaver’s career total of 34 sacks also rank fifth in NCAA history and he could be in play towards the early portion of this year’s draft. He gets it done by just blowing past tackles on the edge but he does show some counter in his game.

Boise State receiver John Hightower is a great sleeper prospect that could hopefully capitalize on some exposure. The senior receiver just put up his best season to date with 923 receiving yards and 19.2 yards per catch. He’s a home run hitter with tremendous speed and he also shows some impressive body control on contested passes downfield.

There is going to be some huge talent on the Washington sideline and I do not mean that figuratively. Washington tackle Trey Adams is HUGE. Standing in at 6’8 and 314-pounds, Adams is a wall at the tackle position. The Huskies’ left tackle is a menacing force but he does have quite the checkered injury history. An ACL injury ended his season in 2017 and a back injury cost him some time last season. Unfortunately, Adams will be sitting out the Las Vegas Bowl but he will be in action at the 2020 Senior Bowl.

Huskies’ quarterback Jacob Eason has not made an official decision on whether he will declare or return to school but he is one of the many intriguing quarterback prospects. After transferring from Georgia, Eason threw for nearly 3000-yards this season with 22 touchdowns and eight interceptions.

Tight end Hunter Bryant is another name to keep in mind though like Adams, he will be sitting this one out.

Appalachian State has one giant advantage in this game and that advantage is linebacker Akeem Davis-Gaither. After once again crossing the 90-tackle mark while also putting up 4.5 sacks and one interception, Davis-Gaither was named Sun Belt Defensive Player of the Year. His play this year also earned him a spot at the 2020 Senior Bowl.

Kristopher Moll is the guy to watch on UAB as the linebacker made a living in the backfield this season. With 15 tackles for a loss and eight sacks, Moll had his most productive season yet during his junior year.

In the secondary, look for Dy’Jonn Johnson, the junior safety has now recorded an interception in each of his two seasons and had a career high nine passes defended this season.

On offense, Austin Watkins is the most dangerous receiving threat. After featuring sparingly last season, Watkins made sure everyone knew who he was, recording 933 yards on 47 receptions.