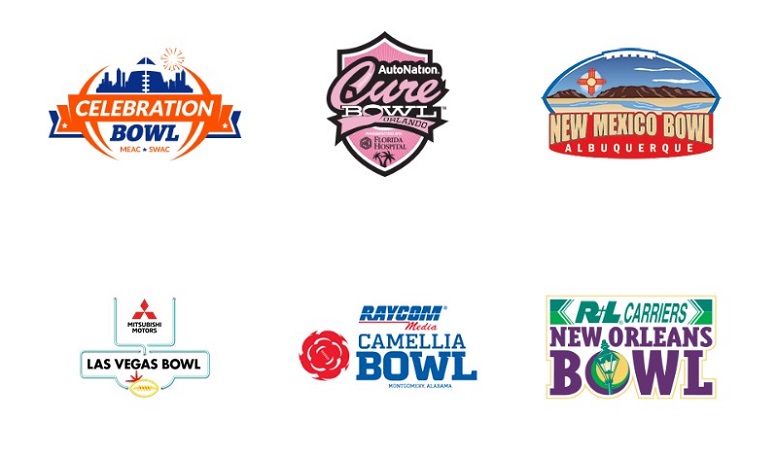 Ladies and gentlemen, it is officially that time of year again – Bowl season. As the holidays approach, bowl season essentially makes sure that none of us can go a day, let alone a second without football. Many players will be playing their hearts out, not just to represent their school but also because the NFL Draft is slowly but surely approaching as well.

Everyone loves to own bragging rights over a sleeper player and while day one may have many names that sound unfamiliar, this is prime time for finding a true under the radar star.

The Aggies come in red hot, riding a four-game win streak behind first year head coach Sam Washington. The offense runs through the dual threat of RS senior Marquell Cartwright and Jah-Maine Martin. Cartwright is the team’s leading rusher with 892 yards and five touchdowns. Martin brings the speed and power, rushing for 592 yards while averaging 7.4 yards per carry.

The Aggies’ defense has allowed just 14.8 points per game and are led by RS Senior cornerback Timadre Abram, who intercepted three passes and defensive end Darryl Johnson, who finished with 9.5 sacks.

The Braves are led by SWAC Player of the Year in quarterback Noah Johnson, a real dual threat athlete. Johnson scored 24 total touchdowns this season and passed for over 2000 yards while tallying another 960 yards with his legs.

In the trenches, look for senior left tackle Chris McCrea and senior nose tackle Sterling Shippy, who has been a menace in the backfield with eight sacks.

The Louisiana Lafayette Ragin Cajuns come in with a high scoring offense led by senior quarterback Andre Nunez, with 19 touchdowns but a rather high 12 interceptions. Their sophomore running backs get all the praise but do not forget about right tackle Robert Hunt. The 6’5, 355 lb redshirt junior has the size and mean streak for the NFL. At wide receiver, look for senior Ryheem Moore. The 5’9 pass catcher is slippery in the open field.

Linebacker Jacques Boudreaux is Louisiana’s most impactful defender as the junior linebacker finished with 87 total tackles and two sacks.

Senior quarterback Justin McMillan has filled in adequately since transferring over from LSU, throwing for nine touchdowns to three interceptions. At 6’3, he has the size to be a quarterback at the next level but his 50% completion percentage leaves a lot to be inspired.

RS junior Corey Dauphine and junior Darius Bradwell have been the equivalent of thunder and lightning for the Tulane backfield. Dauphine, at 200 lbs is the quicker and flashier of the two while Bradwell, 230 lbs, is the hammer who pounds opposing defenses.

No bigger player on the Tulane defense than senior cornerback Donnie Lewis. Lewis has 33 pass defenses over the last three seasons and seven career interceptions. Listed at 6’0, Lewis has the size and ball skills to be a diamond in the rough.

The New Mexico Bowl will feature one Senior Bowl invitee, that is Utah State tight end Dax Raymond. The tight end is coming off a year in which he caught 25 balls for 335 yards and two touchdowns. Raymond possesses some straight-line speed with good hands but is rather stiff as far as his route running abilities go.

Another excellent senior for Utah State is wide receiver Ron’Quavion Tarver. At 6’3, Tarver knows how to use his lengthy size to put himself in position for contested balls and he has made many highlight reel catches over the years

Rico Bussey Jr. has been a touchdown machine for North Texas this season, as his 12 touchdowns were the most in the CUSA. The junior receiver has also recorded over 1000 receiving yards and at 6’2, he is built to be a quarterback’s best friend inside the red zone.

North Texas also features one of the most dynamics linebackers in senior E.J. Ejiya as the linebacker had a season to remember in 2018. Over 110 tackles, with 23.5 tackles for a loss and nine sacks, Ejiya was all over the field for North Texas this season. What stood out the most was his closing speed and ability to shed blocks, a big reason why he led the CUSA in tackles for a loss. Circle Ejiya as another potential sleeper to keep an eye on.

Mason Fine will be returning to North Texas for another season but his play cannot be ignored. With over 4700 yards and 27 touchdowns to just five interceptions, Fine will be a treat to watching during the New Mexico Bowl.

The 11-2 Fresno State Bulldogs are looking for their 12th win and are led by senior quarter Marcus McMaryion. A transfer from Oregon State, McMaryion has thrown for 25 touchdowns to just three interceptions while adding another seven touchdowns with his legs. While he has a great touch on his throws, McMaryion struggles at times with arm strength and getting his feet set. Likely an undrafted project come next year’s draft.

McMaryion’s favorite target has been senior wide receiver Keeshaun Johnson. The Bulldogs’ wide receiver has recorded 93 receptions for 1307 yards this season along with eight touchdowns. He’s a red zone target and physical receiver at 6’2 but he does not possess track speed, Johnson will likely see himself be a mid round selection due to his tools at hand.

While he has yet to decide on his future, Bulldogs’ linebacker Jeff Allison is the heart and soul of the Bulldogs’ defense. The 2018 MWC Defensive Player of the Year recorded 109 tackles and two interceptions this season. The linebacker has great instincts and is always around the football.

Two players with NFL inspirations for the Arizona State Sun Devils are quarterback Manny Wilkins and defensive tackle Renell Wren. Wilkins, a senior, has thrown for 2896 yards this season with 19 touchdowns to four interceptions. The Sun Devils’ quarterback has a great pocket presence thanks to his athleticism but he will also be a major project at the next level.

Eastern Michigan’s biggest strength is their defense. Defensive end Maxx Crosby was selected first team All-MAC this season due to a strong showing in which he finished with 18 tackles for a loss and 7.5 sacks. Kevin McGill, a junior defensive back was voted to the second team All-Mac after three interceptions and a forced fumble.

Keep an eye on Georgia Southern senior running back Wesley Fields, as the running back rushed for 959 yards and scored 10 total touchdowns this season.

The Sun Belt champions, the Appalachian State Mountaineers will unfortunately be without Senior Bowl invite Jalin Moore. Moore, a running back was averaging 6.3 yards per carry before a fractured ankle ended his season. A slippery runner with good elusiveness and balance, Moore will likely fill out a running back rotation at the next level.

The Mountaineers’ defense is bolstered by super seniors Anthony Flory and Tae Hayes. Flory’s 90 total tackles ranked third in the Sun Belt as the linebacker patrolled the trenches for the Mountaineers. Hayes finished with three interceptions this season and now has seven interceptions over the last two seasons. He will likely be a late round pick that a team takes a flyer on.

Middle Tennesee State head coach Rick Stockstill will coach his son, quarterback Brent Stockstill for the last time at the New Orleans Bowl. Stockstill has been the Blue Raiders starting quarterback for the last four seasons, throwing for 105 touchdowns to 32 interceptions during this span. The senior quarterback is coming off his most efficient season yet, completing 70.4% of his passes.

Stockstill will likely be throwing to his favorite target, junior wide receiver Ty Lee. Lee has never recorded less than 63 receptions in a season and is coming off a 2018 campaign that saw him catch 67 passes for 828 yards and seven touchdowns. At 5’9 and 180 lbs, Lee is a dangerous and elusive player with the ball in his hands.

Another junior that has had a successful 2018 year for the Blue Raiders is linebacker Khalil Brooks. Though under sized at 5’11 and 206 pounds, Brooks is a missile on the field, racking up 30.5 tackles for a loss over the last two seasons, along with 14 sacks. He may be the Blue Raiders’ most exciting defensive prospect but he will need to put on mass to survive at the next level.