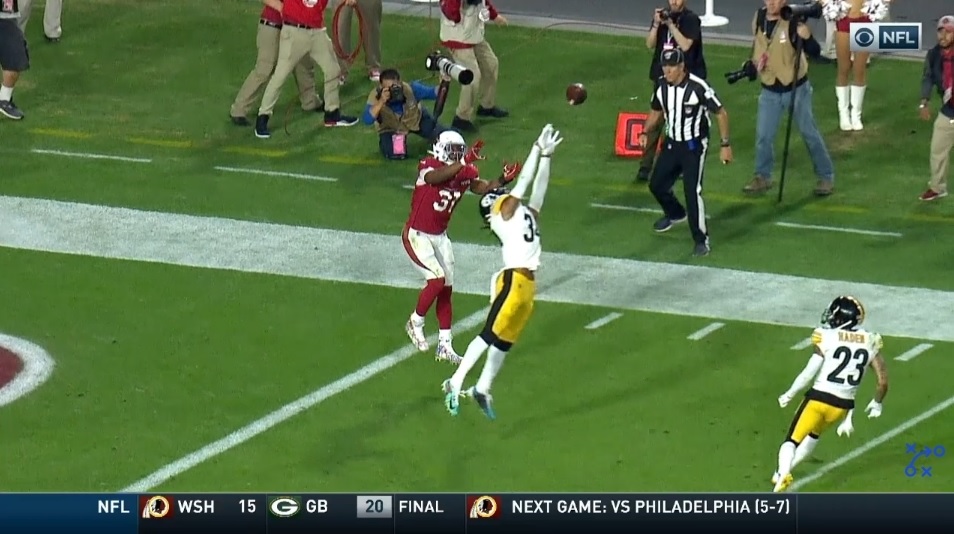 There’s plenty of similarities between Minkah Fitzpatrick and Terrell Edmunds. Both first round picks. Both second-year players. Both top notch athletes. And of course, both Pittsburgh Steelers.

Unfortunately, there are some key differences. What makes Fitzpatrick great makes Edmunds underwhelming. Not horrible, mind you, he’s far from a bust – Artie Burns is a bust – but there are obvious limitations. No play exposed those problems and the difference between Fitzpatrick and Edmunds better than David Johnson’s 24 yard touchdown. Let’s take a quick look.

Steelers are in straight Cover 2 while the Cardinals employ empty out of 12 personnel. To the bottom, Johnson is running a go route. Joe Haden has the flat, he jumped this route earlier in the game for his INT, meaning Edmunds has to carry #1 vertical. Same coverage to the other side. Fitzpatrick responsible for the deep half with the CB, Steven Nelson, sinking on #1 over the top. But the safeties have to take away the deep ball, plain and simple. 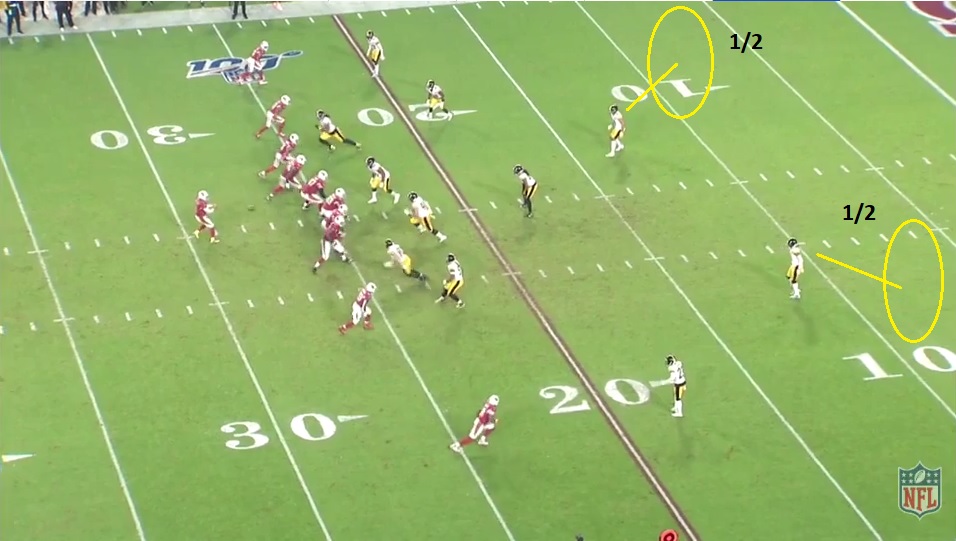 Watch how Fitzpatrick and Edmunds take different angles to #1. To the top, Fitzpatrick immediately opens his hips to gain depth and take the right angle to meet the receiver over the top. Edmunds, however, doesn’t. Stays in his pedal, doesn’t get proper depth and not enough width.

He never really gets his hips open at all, even when he comes out of his pedal. Hip stays closed, he takes too shallow of an angle, and misjudges the ball, missing it by inches – which is all it takes – as Johnson snags it behind him for the score.

That small difference makes a world of difference. Not an issue with athleticism, which Edmunds clearly has. All about technique. Open your hips, take a path to where the ball is going, not where the receiver is at, and Edmunds is going to make that play. At the least, he’ll break it up.

Prior to that moment, Edmunds was actually having a good game. Run defense had been solid in defending Kyler Murray’s read options and he’s become a steadier, more consistent player in Year Two. The sheer volume of snaps he’s been able to log without serious breakdowns through two years is impressive and doesn’t get mentioned enough. Pittsburgh has thrown a lot on his plate. But the further away from the LOS he is, the more he struggles, and the lack of splash plays isn’t what you signed up for when drafting a first rounder.