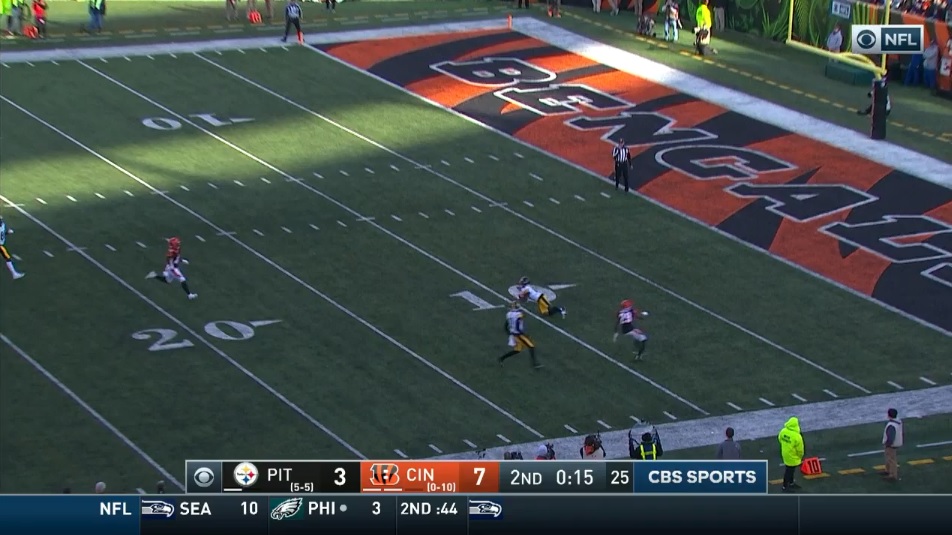 Two videos this week for you guys, a Thanksgiving treat for yinz. Since we’re not doing scouting reports this week, there’s not much of a point after playing the Cleveland Browns just two weeks ago, we’re taking an extra look at the win over the Cincinnati Bengals.

Diontae Johnson is the Steelers’ punt returner with Ryan Switzer on IR and he’s dealing with predictable rookie problems. Frankly, it’s been hard to trust his decision-making, ball security, and attention to detail. We go through those issues and discuss why it’s very possible he puts on the ground at some point over the rest of the season, a turnover that could cost this team dearly as it makes a playoff push.

As always, let me know your thoughts below. Thanks for watching.