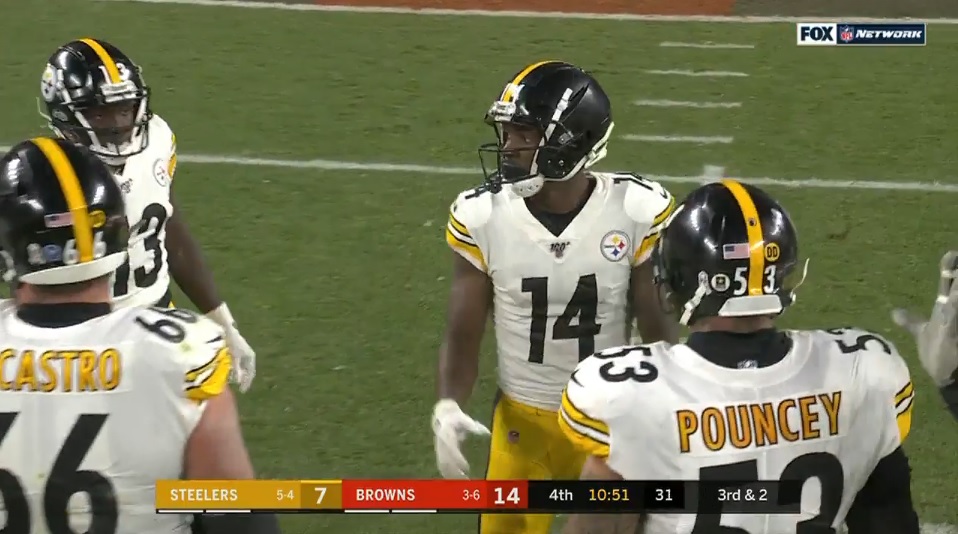 Mike Tomlin isn’t one to offer many public compliments. So consider him calling Tevin Jones “generally ready” a positive thing. At his Tuesday presser, Tomlin was asked to evaluate Jones’ performance.

“He’s continually gotten better,” Tomlin said. “Man, you’re always excited when a guy gets an opportunity. It shows some general readiness. I thought he showed some general readiness. I didn’t think the thing, the game happened too fast for him. He made the plays that came his way and so it’s a good catalyst, hopefully, or a springboard, for those types of contributions to continue.”

Jones played 36 offensive snaps in Thursday’s loss which was about 36 more than the Steelers game-planned for. Jones saw all his playing time following the injuries to JuJu Smith-Schuster and Diontae Johnson, leaving them with only Johnny Holton, James Washington, and Jones as healthy bodies on the roster. Jones was targeted four times, catching two passes for 24 yards. His first came late in the second quarter, a 16 yard catch that nearly moved the sticks followed up by an eight yard reception in the fourth quarter.

Here’s a look at both of them.

Unfortunately, his other two targets ended in interceptions. The first came on a failed flea flicker tipped into the air by CB Denzel Ward then picked by ex-Steeler Morgan Burnett. The second was thrown well behind him, intercepted by LB Joe Schobert.

But Jones, predictably, was critical of himself.

“I didn’t do well enough,” Jones told the Trib’s Chris Adamski. “I didn’t do good enough to win the game.”

While he’ll remain on the 53 man roster and perhaps carve out a role on special teams, the 36 snaps he played last week are almost certainly to be a season-high provided at least one of Smith-Schuster or Johnson returns against the Cincinnati Bengals. The team also signed Deon Cain off the Indianapolis Colts’ practice squad, who figures to quickly work in the mix.

Those may be the only two receptions of the season, perhaps of his career, but he’s now entered the NFL history books.