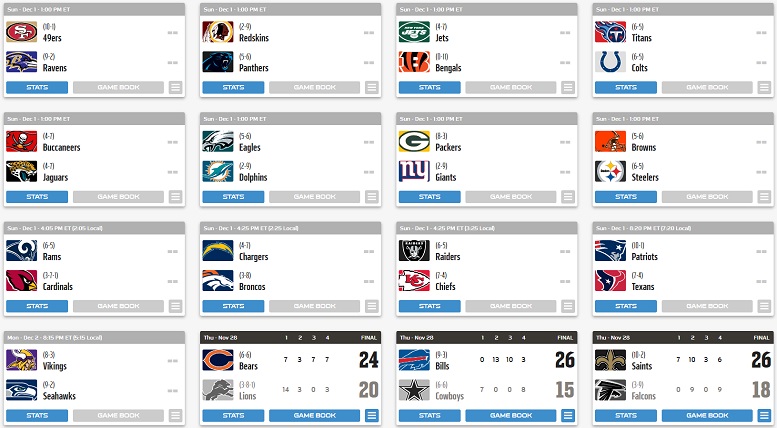 The Pittsburgh Steelers can get to two games over .500 Sunday afternoon should they beat the Cleveland Browns at Heinz Field and an AFC North win against the visitors would pretty much end the season of their divisional foe. There are also a few other Week 13 games to pay close attention to on Sunday if you’re into doing more scoreboard watching. The Steelers enter Sunday of Week 13 as the No. 6 seed in the AFC and they can’t increase that spot regardless of what transpires on Sunday. However, if a few games go their way on Sunday and the Steelers beat the Browns, Pittsburgh can strengthen their hold on a Wild Card spot with four weeks remaining in the 2019 regular season.

This one is easy. While the Steelers are now long-shots to catch the Ravens in the AFC North, stranger things have happened. Remember, the Steele still close out their 2019 regular season against the Ravens and there’s still a small glimmer of hope that that last game could decide the AFC North. The Ravens must lose a few games for such a scenario to happen, however, and Sunday at home against the 49ers is the first great chance for them to stumble.

The loser of this AFC South game will more than likely fail to make the playoffs as both teams enter this contest with 6-5 records and behind the Houston Texans in the division. The Steelers own head-to-head tiebreakers over the Colts so it’s advisable for Pittsburgh fans to pull for Indianapolis in this Sunday game. Should the Titans wind up winning, they still have a tough final four games remaining on their schedule so in essence, neither of these two teams are likely to make the playoffs this year unless the Steelers and Buffalo Bills both stumble mightily in the final four weeks.

The Raiders, fresh off their Week 12 loss to the New York Jets, entered Week 13 as the No. 7 seed in the AFC behind the Steelers. They have a big divisional game on Sunday against the Chiefs and then turnaround and play the Titans in Week 14. A loss on Sunday by the raiders to the Chiefs could help the Steelers immensely and especially should Pittsburgh lose on Sunday to the Browns. Trust me and pull for the Chiefs to beat the raiders on Sunday.

The Patriots are going to be in the playoffs as the No. 1 or No. 2 seed when the smoke finally clears. As for the Texans, even though they currently lead the AFC South division, they can still be overtaken. It’s probably in the Steelers best interest to root for the Texans to win this game so that the Colts and Titans have a reduced shot at winning the AFC South. The Texans and Titans still play each other twice in the final four weeks of the regular season so in essence this Sunday game between Houston and the Patriots doesn’t really have much meaning to the Steelers. You can create a few longer-term scenarios as to why you might want the Texans to lose on Sunday to the Patriots but those mostly revolve around the Steelers ultimately making the playoffs. Keep in mind that the most important factor is that the Steelers own tiebreakers over the Colts, so they need to be in contention for a wild Card spot, not the AFC South title. 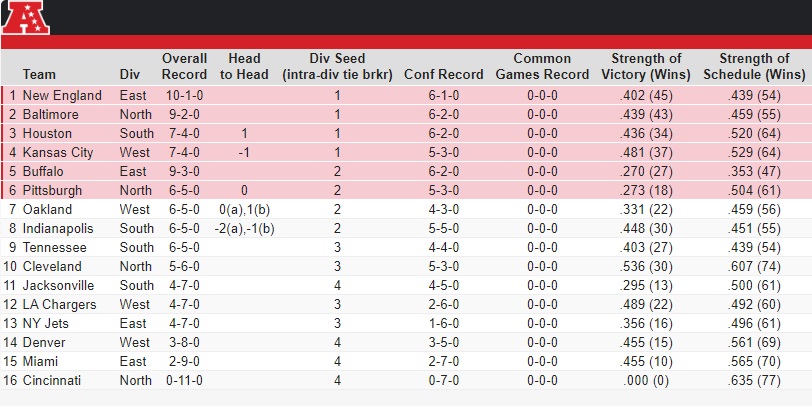