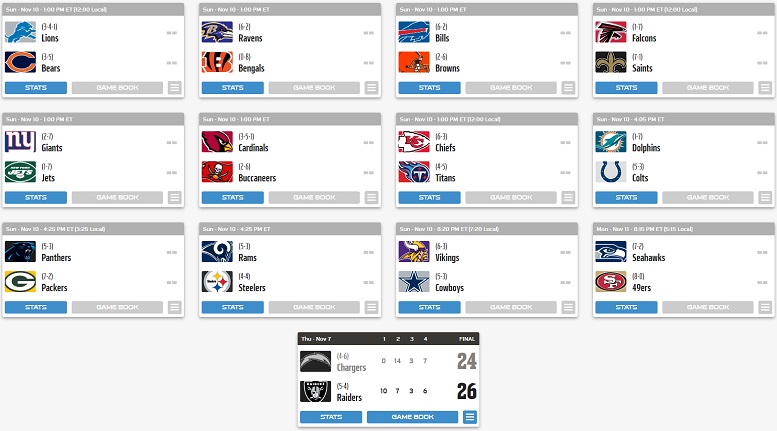 The Pittsburgh Steelers can get to over .500 for the first time this season Sunday afternoon should they beat the Los Angeles Rams at home and that would be quite a win if they can manage to pull it off. There are also a few other Week 10 games to pay close attention to on Sunday if you’re into doing some mid-season scoreboard watching. The Steelers entered Week 10 as the No. 7 seed in the AFC and are now the No. 8 seed with the Oakland Raiders winning Thursday night. The Steelers can exit Week 10 as the No. 6 seed in the AFC if they win on Sunday and one other game goes their way. Below is your rooting guide for Sunday’s games.

It’s true that the Bengals don’t have a snowball’s chance in hell of beating the Ravens on Sunday but that doesn’t mean that we cant root for the impossible to happen just the same. Any given Sunday, right? The winless Bengals will start rookie quarterback Ryan Finley on Sunday against the Ravens and they wont get wide receiver A.J. Green back this week, either. Good luck, Cincinnati, we’ll be praying for you to get your first win on Sunday.

While it’s mighty hard to root for the Browns in any game, Sunday might be the appropriate time to do it with them playing the Bills, who entered Week 10 as the No. 5 seed in the AFC. The Steelers play the Bills later in the season and that game might have serious playoff implications. As for the Browns, the Steelers will play them twice in the next several weeks so they can put them out of their misery in those two meetings. Trust me and root for the Browns to beat the Bills on Sunday. I mean, it’s not the end of the world if the Browns lose to the Bills and I’ll still giggle some just the same.

This is a tough one because both teams are still very much alive in the AFC playoff race. That said, the Titans could likely wind up being a bigger threat to the Steelers than the Chiefs later on in the season and especially if a Wild Card spot is in play. The Chiefs are likely to go on and win the AFC West and thus get into the playoffs that way. If you think the Steelers can run the table and finish as a higher seed than the Chiefs, go ahead and pull the Titans in this Sunday matchup. However, if you feel like the Wild Card route is more likely in Pittsburgh’s future, pull for the Chiefs in this game in hopes that Tennessee enters Week 11 with a 4-6 record and essentially needing to win five of their last six to get into the playoffs.

The Steelers knocked off the Colts last Sunday and now Indianapolis will look to get back on track Sunday at home against the Dolphins. The Colts won’t have starting quarterback Jacoby Brissett against the Dolphins, however, so that’s a little help for Miami, who got just their first win of the season last Sunday. The Colts enter Week 10 as the No. 6 seed in the AFC so if they lose to the Dolphins on Sunday and the Steelers beat the Rams, Pittsburgh will enter Week 11 inside the playoff bubble as the last Wild Card team. 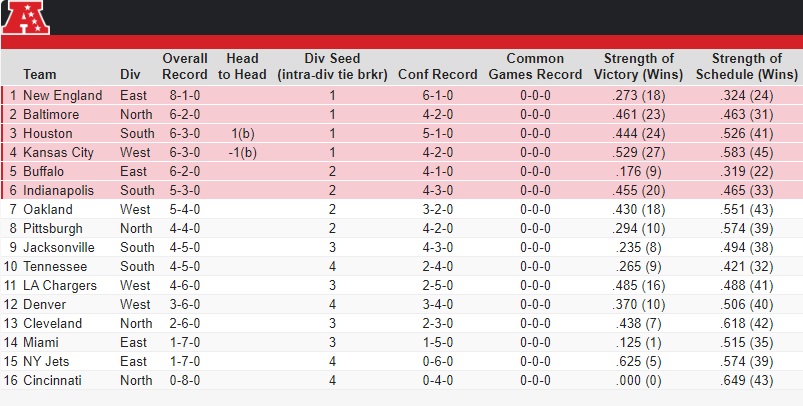