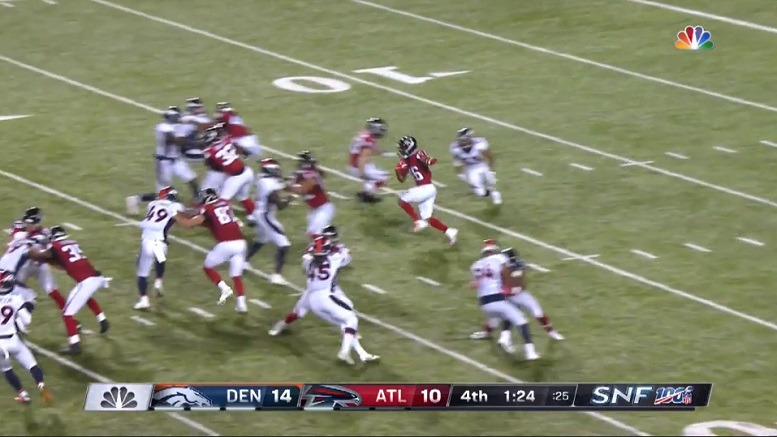 Will the Pittsburgh Steelers have someone else other than wide receiver Ryan Switzer returning kickoffs Sunday at Heinz Field against the Los Angeles Rams? It certainly seems like there’s a possibility of that happening, according to what rookie running Tony Brooks-James indicated this week.

Brooks-James, who was promoted to the Steelers 53-man roster from the team’s practice squad last Saturday, said this past week that he has practiced some as a kickoff returner since being signed originally.

“Me and Coach have talked about it a little and in practice I have done it a little bit,” Brooks-James said earlier in the week, according to Chris Adamski of the Pittsburgh Tribune-Review. “But I am trying to get it in a game, too.”

The Steelers kickoff return game this season hasn’t been great once again under special teams coordinator Danny Smith as they are averaging 18.3 yards per return, the third-worst in the NFL. Switzer and fellow Steelers wide receiver Johnny Holton have combined to return 11 kickoffs for 201 yards so far this season with the longest effort being 26 yards.

During the preseason as a member of the Atlanta Falcons, Brooks-James returned just one kickoff for 24 yards.

While Tomlin isn’t usually one to let rookies return punts or kicks, giving Brooks-James the opportunity to return some Sunday against the Rams probably wouldn’t hurt as long as the running back holds onto the football. This will definitely be something to look for Sunday at Heinz Field as the Steelers offense could definitely use great starting field position throughout the game against the Rams.