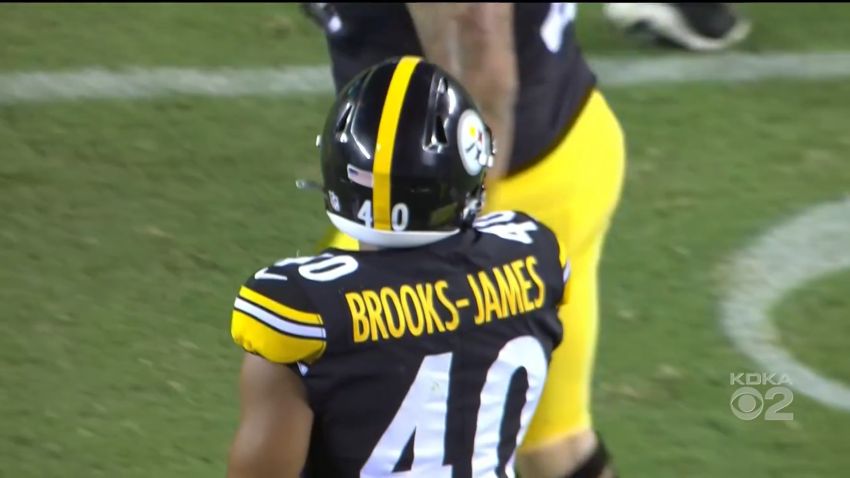 Reasoning: The first-year running back showed some flashes during the Steelers’ second preseason game, prompting some to wonder about his odds of making the 53-man roster.

Tony Brooks-James has been around the block. A product of Oregon, he actually has already been with the Steelers before, in 2019. He originally signed with the Buccaneers as a college free agent that year, and would later spend three weeks on Pittsburgh’s 53-man roster, where he would rush for seven yards on eight carries, with a long run of eight yards (he is credited with 18 yards after contact and -11 before contact).

That was then, of course. He’s kicked around since then. He spent time with the Atlanta Falcons and the Minnesota Vikings last year. He was with Atlanta until July 27 when he was waived. The Steelers signed him on August 3.

He would play in the preseason against the Eagles a short time after signing, and he rushed for 51 yards during the game on nine carries. Much of this came late in the fourth quarter while the Steelers were trying to close out a victory.

Truth be told, he had some blocking to help him, certainly, but Brooks-James was decisive in hitting holes, and looked like a guy who had been around. He still has the speed that originally caught NFL scouts’ eyes as well.

Still, one has to question where he fits in the pecking order. He’s clearly behind Najee Harris, Anthony McFarland, Benny Snell, and Kalen Ballage. He may fit behind Jaylen Samuels, as well. Certainly, Samuels did play ahead of him and Pete Guerriero during the game.

But you can only work with the snaps you get, and that’s what Brooks-James did with his. If he puts together another couple of good games, and maybe gets some work in the return game, he could at least land on the practice squad.