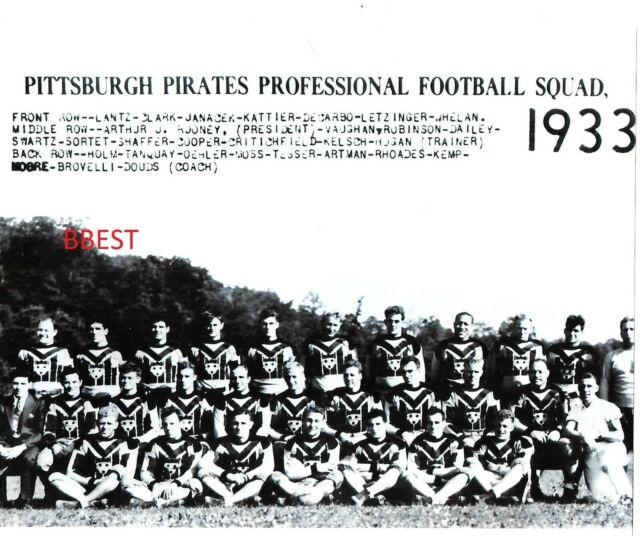 KOTTLER BACK IN STEELERS NEWS

When Minkah Fitzpatrick returned an interception 96 yards against the Indianapolis Colts a few weeks ago, Marty Kottler was back in the news. Fitzpatrick’s pick-six is only the third longest in Pittsburgh Steelers franchise history. Most Steelers fans recall James Harrison’s wonderful 100-yard interception return in the Super Bowl against the Arizona Cardinals. As an aside, voters should have named Harrison co-MVP with Santonio Holmes, but I digress. In his Stats of the Weird: Steelers vs. Colts article, Alex Kozora reminded us that the second longest interception return occurred in 1933.  Kottler returned one 99 yards. It was the first touchdown in franchise history. Alex was careful in choosing his description. It was not the first score in Pittsburgh’s franchise history. That honor belongs to John “Cap” Oehler who blocked a punt out of the end zone scoring a safety for the Black and Gold in their inaugural game.

Marty “Butch” Kottler was born in Carnegie, Pa on May 1, 1910. I was not able to glean much from newspaper accounts at the time. He was just 10 when his father died. He played baseball and shows up in a lot of box scores of local clubs as a teenager. According to at least one account, he played no football in high school at Carnegie graduating in 1927. His Wikipedia page mentions Bellefonte Academy as his high school, but I found no mentions of his attendance there in contemporary newspaper accounts. The first mention of Kottler playing football is at Centre College in Danville, Kentucky. He played on the freshmen team and then three years on varsity. He played throughout the backfield and was a captain of the team his senior year. Two months after  graduating, the Danville Advocate-Messenger reported that Kottler signed with the Pittsburgh Pirates (Steelers).

With such a longstanding record, many might think that Kottler was a longtime star with the early Steelers. But Kottler played just three games wearing the Black and Gold. Art Rooney signed Butch Kottler on August 2, 1933. He was the third back signed after former Washington State All-American fullback Elmer Schwartz and George Shaffer, Washington & Jefferson quarterback.

Kottler played as a substitute quarterback in the Steelers inaugural game versus the New York Giants. They used a double wing offense. The offense could not move the ball and the Steelers lost 23-2. Contemporary accounts do not mention any outstanding play by Kottler, but he had his first taste of an NFL game.

It was Pittsburgh’s second football game that Kottler made his mark. The Steelers played the Chicago Cardinals at Forbes Field on September 27, 1933. The Cardinals featured two future Steelers player- coaches: Johnny “Blood” McNally and Walt Kiesling. The Steelers fell behind 13-0 following Blood McNally’s 51-yard fumble return (intercepted a lateral) and a Joe Lillard touchdown pass which was set-up by a McNally interception.

Chicago was driving for another score in the second quarter when Kottler picked off a pass “from an enemy receiver’s fingertips and ran 99 yards for a touchdown.” A touchdown and conversion in the fourth quarter gave the Steelers a 14-13 victory, their first in franchise history. Mose Kelsch was the hero of the game as the 36 year old “rookie” sandlot player with no college experience made both extra points.

Pittsburgh lost to the Washington Redskins 21-6 in their third game. Pittsburgh box scores show that Kottler played as a substitute in the game, but his play garnered no mention. This would be his final NFL football game.

Despite his heroics in the second game, The Steelers cut Kottler along with three other players a few days after the Redskins game. In 1933, the NFL limited the roster size for the first few games to 25 players. Afterwards, teams cut the rosters to 22 players for the remainder of the season. Steelers also released George Shaffer who started at quarterback ahead of him. Art Rooney purchased the purchased rights to Boston Redskins quarterback Jack Westfall who they had just played. Also, head coach Forrest “Jap” Douds planned to debut as a player in the next game.

Kottler coached high school basketball and football after his NFL stint. He served in the army during both World War II and returned to service for the Korean War. He worked for Avis Car Rentals for 17 years until retiring.

Though he only played three games for Pittsburgh, he was not forgotten. Art Rooney endorsed his bid to coach a high School football team in Hawthorne, New Jersey. He got the job. Kottler also attended Steelers alumni reunions. He got to see the Steelers become a championship franchise in the 1970’s.  In 1982, the Steelers celebrated the 50th anniversary of their inaugural season.

Eight of the original 1933 Pittsburgh Steelers were honored during halftime of a preseason game. Sadly, most did not recall Kottler’s record setting play. Chuck Noll was not surprised stating “They didn’t film the games then so nobody could watch it again through the years. It just happened, then it was over.”

A record that set up the Steelers very first victory. It lasted 76 years until broken by James Harrison in a play that turned the Steelers fortunes around in a Super Bowl. A play not mentioned again for 11 years until surpassed by another talented player named Minkah Fitzpatrick.

I always like to offer a music selection. Here is The Long Run by The Eagles. He went the distance.