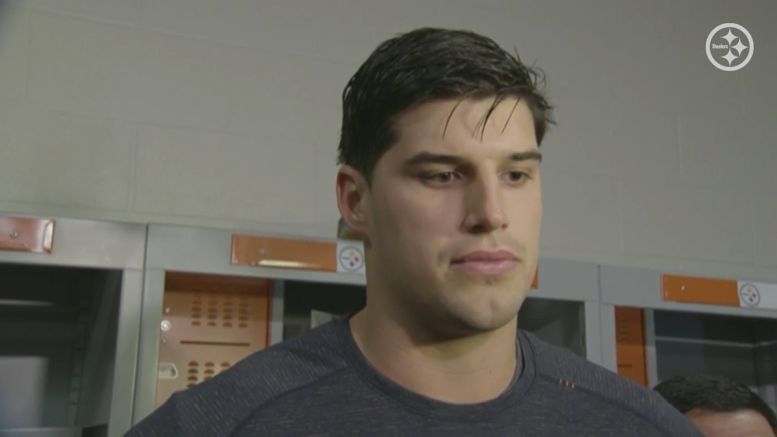 If Mason Rudolph thought the misery was over, then yesterday proved that the Pittsburgh Steelers quarterback was woefully mistaken. A week and a half after having the worst game of his football career—not just in the NFL—after being assaulted, after being accused of racism, he followed up that performance with one in many ways equally bad, with an equally damaging end result.

He was benched. Just one drive into the third quarter, head coach Mike Tomlin made the decision that he had seen everything he needed to make the call—the Duck call—and put in Devlin Hodges to see if he could spark something in an offense that put up three points on two trips inside the red zone.

The undrafted rookie checked in and quickly led the Steelers to their only touchdown drive of the afternoon, the other nine points off the foot of Chris Boswell. Now Rudolph knows he may have lost his starting job.

But both Tomlin and Hodges praised him for his aid that he provided his young backup once that decision was made. He kept his composure, stayed engaged in the game, and tried to do whatever he could to aid in their winning efforts.

“I think I’ve handled adversity well through my life, through my career”, Rudolph told reporters about his recent experiences after the game. “This will just be another obstacle. I’m looking forward to doing everything I can to overcome it”.

It depends, really, on what he means by overcoming, because at least where we currently stand it’s not immediately obvious that Rudolph will be afforded the opportunity to win back his starting job this week. Tomlin hinted at the possibility that he already knew who would start, and it’s possible that will be Hodges.

His personal and professional life had received blow over blow over the course of the previous week and a half, but he didn’t use that as an excuse. “Not at all” did those distractions play a role on the field, he said. “I think I do a good job of shutting that stuff out. This was just purely not moving the ball up and down the field”.

In other words, he just sucked. But he also knows that’s not his story, that it can be different. That it has bene different. “I felt comfortable, for the most part”, he said. “There were some mistakes, obviously. The drive to start the third quarter, I just missed [Diontae Johnson] low. It’s inexcusable. I understand that. But correctable stuff on my end”.

There was hardly a thing that he did do well, yesterday, however. His reads were poor. His accuracy was sub-standard. His processing speed was slow, his pocket presence at times non-existent. He made some good throws, but nothing that would make a highlight reel.

I know everyone is down on Rudolph right now, and high on Hodges. Understand that, no matter what he says, he is still a young guy going through a pretty tough time right now. He’ll pull through of course—and he’s paid well to do it—that that doesn’t make it any easier to experience as a professional and a lover of the game.