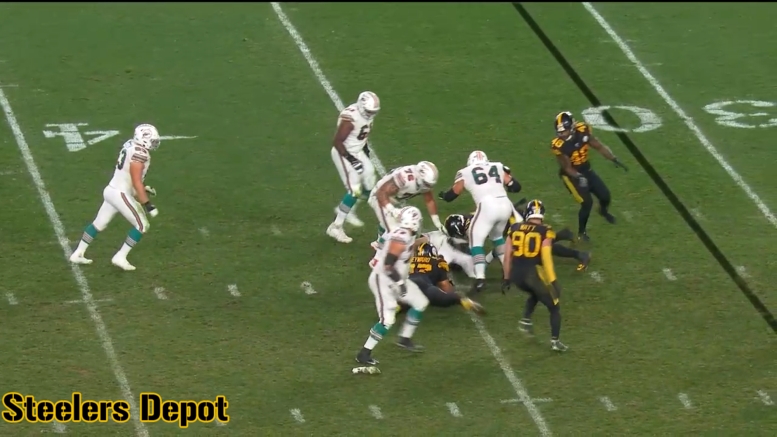 When was the last time that you felt good about the Pittsburgh Steelers sitting at the midpoint of a season with a .500 record? I can’t particularly think of one off the top of my head, but there is definitely a sort of catharsis in finding ourselves where we are now in 2019.

It helps that the 4-4 record coincides with a three-game winning streak, most recently against the Indianapolis Colts, arguably the first quality opponent that they have beaten. Even though that was mostly against their backup quarterback, Brian Hoyer, he played well.

Although their situation would have been looking even better today had the New England Patriots been able to beat the Baltimore Ravens, which I imagine the majority of people expected that they would, their 4-4 record puts them in fair position going forward, to the point where we are hearing the first rumblings of postseason talk.

“We’re just in the conversation”, veteran defensive end Cameron Heyward told Will Graves of the Associated Press. Heyward has been here through the ups and downs since 2011, from being Tebowed out of the playoffs to reaching the AFC Championship Game and then to blowing a chance at a first-round bye a year ago to miss the postseason entirely.

“Ain’t nothing written in stone”, he added, speaking very much from experience.

Currently, the Steelers are seventh in the AFC standings, owning a tiebreaker with the 4-4 Oakland Raiders. All of the other eight teams in the AFC have at least five losses. And the Colts at 5-3 went from being in position for a first-round bye all the way down to the sixth seed.

Pittsburgh is now one game behind the Colts, and they have the head-to-head tiebreaker against them. So while they are still on the outside looking in, they only need to win one more game than Indianapolis over the course of the final eight games in order to reach the postseason, as one potential path. And that of course assumes that they at least win as many games as all of the five-loss teams.

“Four-and-four is a good spot to be at”, said safety Minkah Fitzpatrick, whose former team just won their first game of the season on Sunday. “Could be better. It’s not where we want to be at, but it’s all we could be right now. It’s a good spot for us. We’ve just got to keep fighting”.

The next fight is an important one with the Los Angeles Rams, who at 5-3 are one of only three teams remaining on the back half of the Steelers’ schedule with a winning record. The others are the Buffalo Bills and the Ravens, whom they play again in the finale.