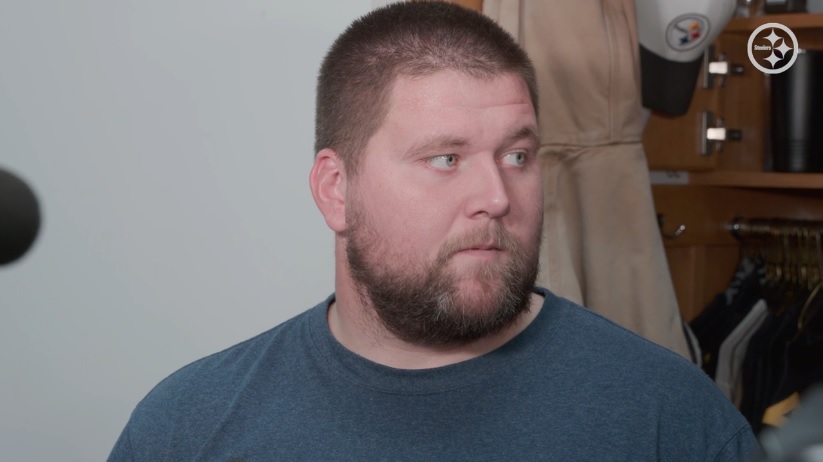 As a backup offensive linemen, you have to be able to play more than one spot. That’s not a request, it’s a demand. Tackles almost always have to be capable of playing either spot, or at least kicking inside to guard, while interior linemen normally have to learn the ropes at all three spots: left guard, right guard, and center.

For his career, BJ Finney has spent more time at guard than center. Then Mason Rudolph got hit in the head, Maurkice Pouncey, ahem, stepped in, and now Finney is the man at the pivot for another week. Speaking to reporters earlier this week, he’s happy to finally see consistent reps there.

“In terms of feeling comfortable, I gotta rotate at all three,” he said via the team site. “I gotta be comfortable at all three. It’s nice to actually be in a game and play and get those live reps. Obviously I don’t have a lot of those at center. Just gotta keep working and playing hard for the guy next to you.”

His lack of experience in the middle is a testament to Pouncey’s durability. After recovering from that devastating knee injury in 2015 that required seven total surgeries, something that would’ve ended most careers, Pouncey has missed just three games since, including last week due to his two-game suspension. Only three centers have started more games since his 56: Alex Mack (60), Jason Kelce (59), and Rodney Hudson (58).

So more often than not, when Finney’s stepped in, it’s been for one of the two guards spots. Meaning most of his center reps have come in training camp or the preseason, which becomes a lifetime ago when he’s asked to step in again down the stretch.

Against the Cincinnati Bengals, Finney held up reasonably well though predictably struggled with power nose tackle Andrew Billings, whose size, length, and strength all created mismatches. Some of his snaps also tended to veer to the right but overall, there were no botched exchanges, despite a quarterback change, and no egregious mistakes. Finney will have another tough task tomorrow when he squares off with Browns’ DT Larry Ogunjobi, who gave the Steelers’ fits two weeks ago.

Cherish these reps from Finney, too. A free agent after the season, these snaps may end up being some of his last in a Steelers’ uniform.