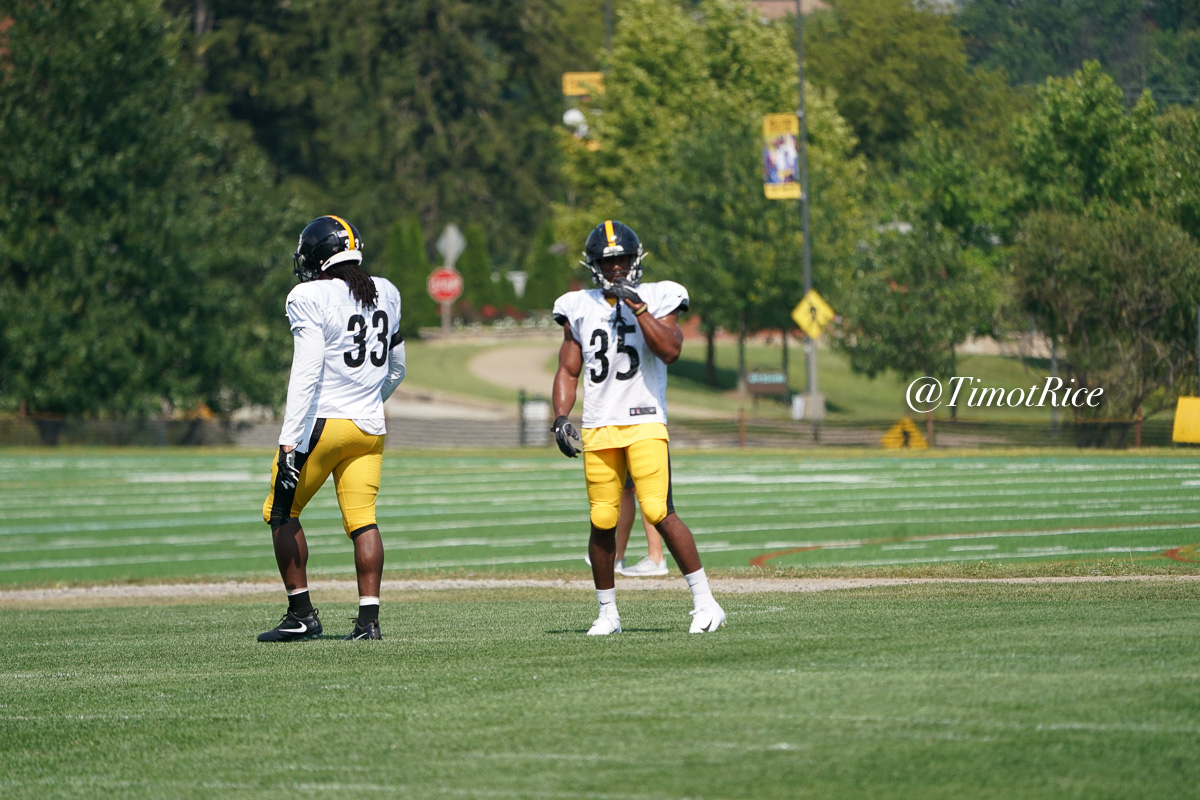 For the second time in as many years, brothers Terrell Edmunds and older brother Trey are now reunited on the Pittsburgh Steelers’ 53-man roster. Trey, originally an undrafted free agent running back signed by the New Orleans Saints in 2017, has been with the team since the start of the 2018 season, but has spent most of that time on the practice squad.

After James Conner suffered a high ankle sprain toward the end of last season, resulting in him missing three weeks, the Steelers activated Edmunds from the practice squad, where he remained for the final four games. That included the season finale, after which Conner returned, dressing over Stevan Ridley.

He was considered a potential option to make the 53-man roster this year, the drafting of Benny Snell threw a wrench into those plans. Jaylen Samuels was sandwiched in between Conner and Snell. But now Samuels is sidelined for a month, resulting in the need to activate Edmunds.

The move happened yesterday. Now the question that remains is whether or not it will differ in any way from his experiences on the 53-man roster a year ago. In those four games, he played zero snaps, on offense. But he played 44 snaps on special teams, which was about 40 percent of the Steelers’ special teams snaps during that time.

“I definitely feel like I can go in and keep this thing moving”, Edmunds told the Steelers’ website after being promoted. “Coach Tomlin always says it’s a next man up game. He doesn’t ever want to see productivity decrease. It’s my job to stay ready and always be ready for the position. There are always things to learn, so I can always improve. But I am ready”.

He may be ready, but it’s still far from certain that he will actually be given the opportunity to play. One thing playing in his favor in comparison to last season, though, is that this time around he had the benefit of having a full offseason with the Steelers.

The coaches saw him working throughout the year, including during the preseason. He did play well during that time, including in pass protection, which may be the one thing before anything else that gets him on the field.

Really, it depends upon how badly they want to see where Snell is, and how well Snell is able to handle whatever workload he will be given. Between Samuels and Snell, the two were really only averaging about 20 or so snaps per game, so it’s not like we’re talking about an overwhelming workload.