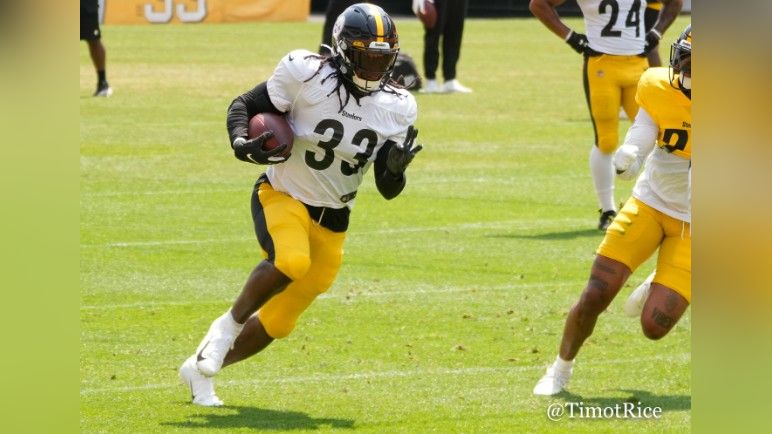 The Pittsburgh Steelers are making a roster move right before camp, releasing RB/FB Trey Edmunds, according to ESPN’s Adam Schefter, who tweeted the news moments ago.

Edmunds has been on and off the Steelers roster since 2018. Brother of Terrell Edmunds, he’s appeared in 21 games for the team, mostly coming on special teams. But he did carry the ball 22 times in 2019 as injuries mounted in the Steelers’ backfield. Edmunds had a tough path to making the roster this year, especially after the team drafted Connor Heyward in the sixth round. Over his last two years in Pittsburgh, Edmunds had logged just seven offensive snaps and 42 on special teams, spending most of his time on the practice squad.

His most notable play came in 2019 with a 45-yard rush against the Indianapolis Colts.

Trey Edmunds had the longest Steelers run in 2019 and it was 45 yards. #Steelers #NFL pic.twitter.com/nXmN4udfN4

Edmunds was originally a UDFA who played his college ball at Virginia Tech and Maryland. He signed with the New Orleans Saints in 2017, appearing in all 16 games as a rookie. For his career, Edmunds has 31 rushes for 140 yards and one touchdown along with six receptions for 48 yards. He’s also posted 13 career special teams tackles.

With the release, the team has an open spot on its 90-man roster they’re likely to fill before Wednesday’s practice. The team is now down to three pairs of siblings: the Watt, Davis, and Heyward brothers.