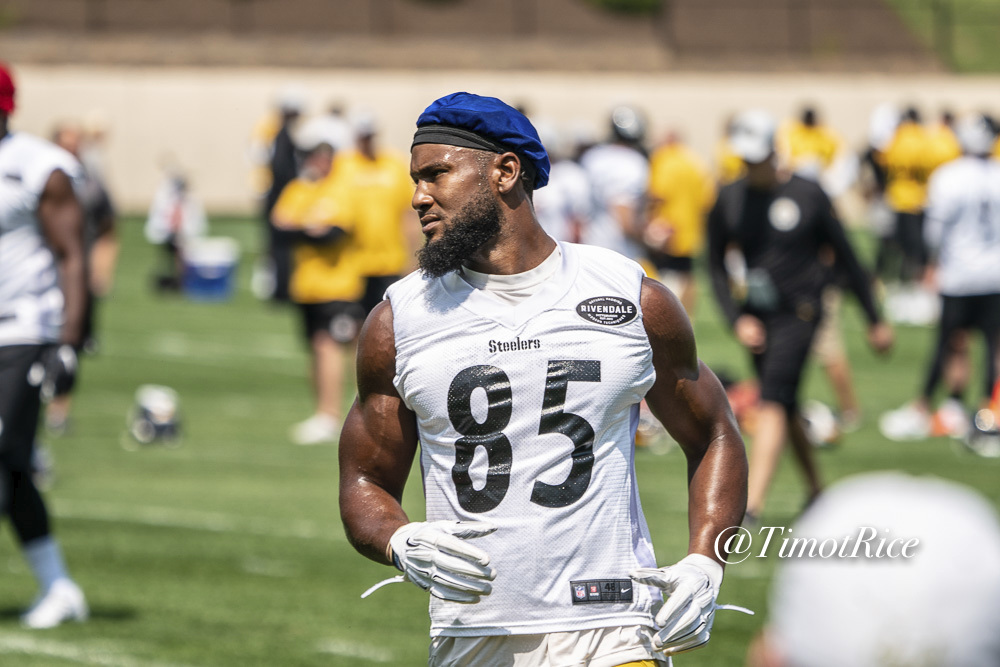 The Pittsburgh Steelers have cut TE Xavier Grimble from their injured reserve list with an injury settlement, according to the NFL’s official transaction report issued today. He is now a free agent.

Grimble was placed on IR on September 25th after suffering a torn calf muscle. He had struggled in his first three weeks in uniform, catching just one pass for three yards. A lack of depth at the position forced the Steelers to trade a 2020 5th round pick for Nick Vannett. Vannett caught two passes for 28 yards in his Pittsburgh debut last Monday.

Grimble’s time in Pittsburgh is likely over. In four years with the team, he caught 23 passes for 239 yards and three touchdowns. His best season came in 2016, hauling in 11 balls for 118 yards and a pair of scores. But he struggled to become anything more than a #3 and couldn’t step into the #2 shoes left by Jesse James.

He entered the league a UDFA out of USC and spent two years with the San Francisco 49ers though never officially appeared in a game with the club. In college, he caught 69 passes for 731 yards and 11 touchdowns, leaving school following his junior season.

The Steelers currently have Vance McDonald, Zach Gentry, and Vannett on their 53 man roster. Kevin Rader and Christian Scotland-Williamson are on the practice squad. The team released TE Alize Mack earlier in the week though he may circle back to the team at a later date.