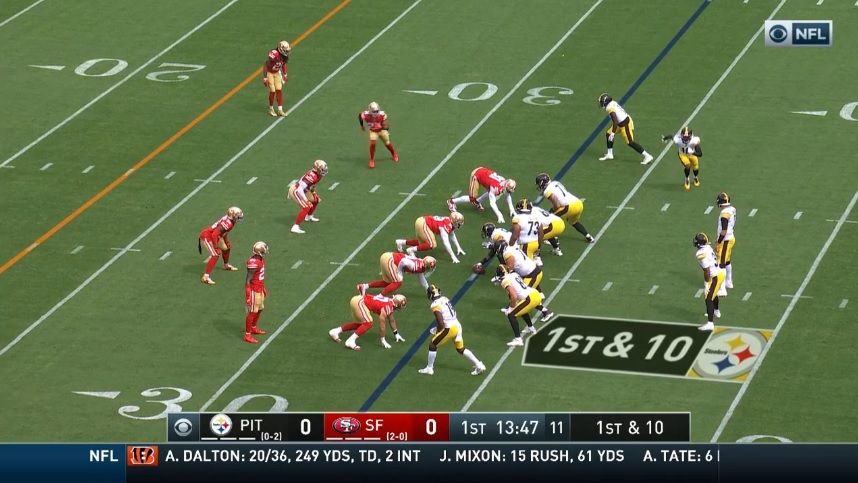 It was one of the underrated stats of the Pittsburgh Steelers’ 2018 season. Despite a potent offense that ranked in the top ten in points per game, they rarely benefited from good field position.

While the offense has floundered and currently ranks 27th in points per game, just 49 of them in three weeks, field position hasn’t been the issue. They rank 12th in the NFL with an average drive starting at their 29 yard line, a full three yards better than a year ago where they finished dead last in football.

Of course, it’s been aided by the turnovers the defense has created. They have seven takeaways this season. Here’s the Steelers field position after some of those plays.

But despite all those turnovers, the Steelers have scored just 16 points off them, a crime for a team who has had four red zone or near red zone possessions to come away with so little. Simply put, and it’s obvious, I know, the offense is failing to capitalize on their chances.

There’s another factor here too. Despite the defense setting the offense up with great field position time and time again, it’s surprising to see the Steelers rank as low as they are, still out of the top ten in that category. It speaks to the issues on special teams and in the return game. There’s been a lack of splash this season and basically every game since JuJu Smith-Schuster’s 97 yard kick return touchdown in an otherwise meaningless Week 17 victory over the Cleveland Browns.

Ryan Switzer has done little in the return game since being traded last year and his grasp on that role is slipping away. Diontae Johnson already siphoned one punt return away from him in Week 2 while Johnny Holton has been rotating with Switzer on kick returns. Neither player has done much with the chance. Holton’s averaging 21 yards per kick, Switzer 21.5, though both players have only two returns so the sample size is very small.

So far, it’s been the year where if one thing gets fixed, the other becomes broken. The defense starts taking the football away? The offense can’t do anything with the chance. And only adds to the frustration of a miserable 0-3 start.