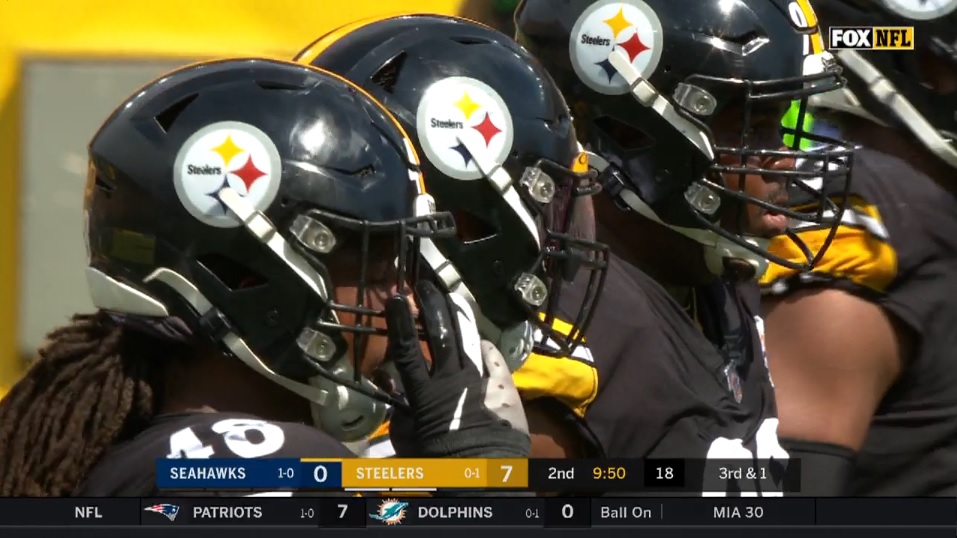 The Pittsburgh Steelers’ defense hasn’t been good enough over the first two weeks. You’ll get no argument from me. The 61 points they’ve allowed the first two weeks is 5th most in football, neck-and-neck with Cincinnati, Washington, and the Giants. Three teams you don’t want to be associated with right now.

At the same time, it’s hard to put all the blame on this unit. Believe it or not, there is progress being made and some of their struggles can be attributed to an offense doing them no favors.

As we wrote about yesterday, Seattle Seahawks’ left tackle Duane Brown said their offense tired the Steelers out in the second half, leading to them putting up 21 second half points after trailing Pittsburgh 10-7 at the half. Specifically, Brown was referring to the Steelers’ pass rushers but the same applies to the entire unit.

The fact they’re tiring out shouldn’t come as a surprise. The snap counts tell you that. With how stagnant Pittsburgh’s offense has been, especially in the first half, the defense has been forced to shoulder the load. Numbers tell that story. Here’s the first half snap count through two weeks.

The totals? The Steelers’ defense has been on the field for 78 first half snaps while the offense has been out there just 51 times. Meaning, the defense is on the field 60.5% of the time. That. Is. A lot. It’s no wonder they’re wearing down, especially in September football when it’s still warm and humid.

Let’s look it it another way. Here’s the drive length for each Steelers’ first half possession against the Patriots and Seahawks.

Average drive length? 2:13. That’s your average commercial break. And proof positive this defense is simply worn down when it comes to crunch time.

That doesn’t mean this defense is without fault. Communication is frustratingly still a problem and must get cleaned up if they want to play to their talent and expectations. And I’m sure they nor the coaching staff will use snap count as an excuse. But if the offense can at least let them grab a drink of water in the first half, they’re going to be able to close out games much better than they have the first two weeks.