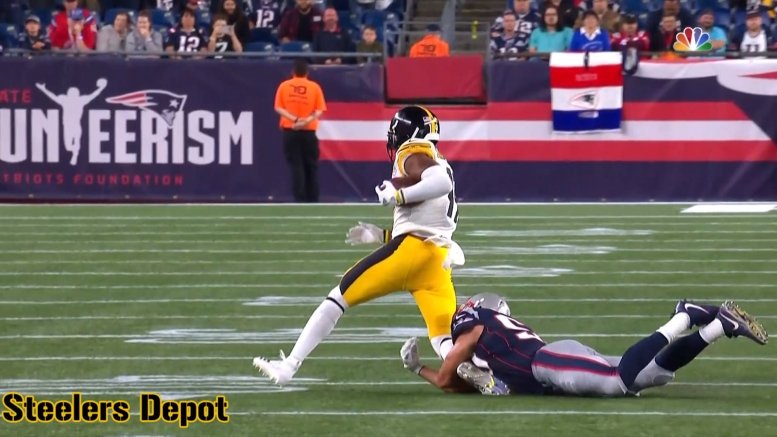 Fantasy football has become a billion dollar industry with millions of leagues worldwide and daily fantasy games at the touch of your finger. Many have made nice careers out of attempting to predict the future by telling you what a player will do. They use statistics, trends, history and even intuition to come up with best guesses. Now it’s my turn. I’m going to take my 20+ years of fantasy football participation to give you my best guess each week for the Pittsburgh Steelers.

The good thing about the week ones game is that it is over.  No need to dwell on it too much anymore. You saw it. It was gross but it still only counts as one loss. Moving forward.

Coming into town is the Seattle Seahawks. A team that Pittsburgh generally plays every 4 years and have matched up only 18 times in 42 years.  The most important meeting in that time span was of course, Super Bowl XL at Ford Field where the Steelers won 21 – 10.

Seattle won their week one matchup vs the Cincinnati Bengals, 21 – 20. In that game the defense allowed Andy Dalton to throw for 418 yards and two touchdowns but gave up only 34 yards rushing. John Ross put up 158 yards and 2 touchdowns on 7 receptions and could have had more.

The Seahawk offense was not as prolific in passing yardage with Russell Wilson throwing for 195 but he did have 2 TD’s. The team ran for 72 yards led by Chris Carson with 46 and a touchdown. Rookie DK Metcalf led the receivers with 4 receptions for 89 yards. Defensively Tre Flowers was tops with 10 tackles and DT Quinton Jefferson had 2 of the teams four sacks. Their defense only gave up 3 points in the second half.

Ben Roethlisberger had a poor game vs New England along with just about every other Steeler. The offense looked out of sync and couldn’t get anything going all night. He finished with just 276 yards.

Hopefully some home cooking will be what the team needs to play more inspired football. So let’s look at what he did last year at home. The Steelers won 5 of 8 at home last year and Roethlisberger’s overall numbers were lower at home than on the road except for TD and passer rating.

The Steelers faced the NFC South in 2018 and in the two games at home vs Atlanta and Carolina, Ben attempted fewer passes then his average but threw for 8 touchdowns including 5 vs the Panthers.

Prediction – After last week there is work to be done. There were drops that affected his numbers a bit but for this offense to be better he needs to play better.  Cincinnati was able to throw against the Seahawk defense and Roethlisberger should be able to do the same.

Being down the whole game does not give you a good chance to run the ball and when they did, it didn’t produce a lot. James Conner had 21 yards and Jaylen Samuels had 4. Seattle gave up only 34 yards rushing on 14 carries (2.43 ypc). Conner’s numbers were slightly better on the road last year than at home. Against the NFC teams at home his numbers had a nice jump.

The backup running back is hard to figure out.  They tried to get Samuels involved early last week but it was unsuccessful.  There is was a plan to use Conner and Samuels often together in the same backfield but that plan didn’t come to fruition like they had hoped.  When playing as the backup last season Samuels got 13 carries over 4 home games and ran for 31 yards. As a receiver he corralled 13 of 15 passes for 83 yards.

Prediction – Last week was terrible. I don’t expect to see those meager numbers again but Seattle looked pretty stout last week against the run.  Conner should improve his numbers quite a bit and Samuels should be about the same as his averages from a year ago.

New England befuddled the Steelers once again and led to some reduced numbers and inadequate performances. Donte Moncrief led the team in targets (and drops) with 10 passes going his way with a measly three receptions.  JuJu Smith-Schuster put up slightly better numbers than I predicted and he and Ryan Switzer led the team in receptions with six. James Washington had his requisite deep reception and Diontae Johnson has a respectable first game hauling in three receptions and showing good route running. Here are some home numbers from 2018.

Predictions – Expect improvements pretty much across the board.  They Bengals WR2 had a big week last week so that could give someone like Washington a chance to have a big day.  Can’t give up on Moncrief yet but he must improve and I’d expect them to try and get Johnson a little more involved in the rotation.

Vance McDonald was held without a catch until late in the fourth quarter.  The Patriots deemed him a threat, along with Smith-Schuster, and were able to keep him out of the action.  It was a disappointing start to a season of optimism for McDonald. The good news is the Bengals tight end combo of C.J Uzomah and Tyler Eifert combined for 9 receptions for 93 yards. This could give McDonald a chance to be a productive member of the offense. Maybe Zach Gentry gets a helmet his week with Rosie Nix out and he can get is first action.

Prediction – I think they’ll try to go to him early in the game plan but I’ve thought that before. Until I see him start to really be integrated I think his number will remain fairly low.

Chris Boswell didn’t have to do a lot but made his first attempt of the season and that may have provided a boost of confidence for him and the coaching staff.

Being back at home should give this team a boost. I hope to see more of the aggressive defense we saw in the preseason and hopefully Ben and the offense can get themselves on track and start to identify who they are going to be. I think this will be close this week.  My thoughts are right with the line (3.5/4 points) but I think it will stay under the 47 line.