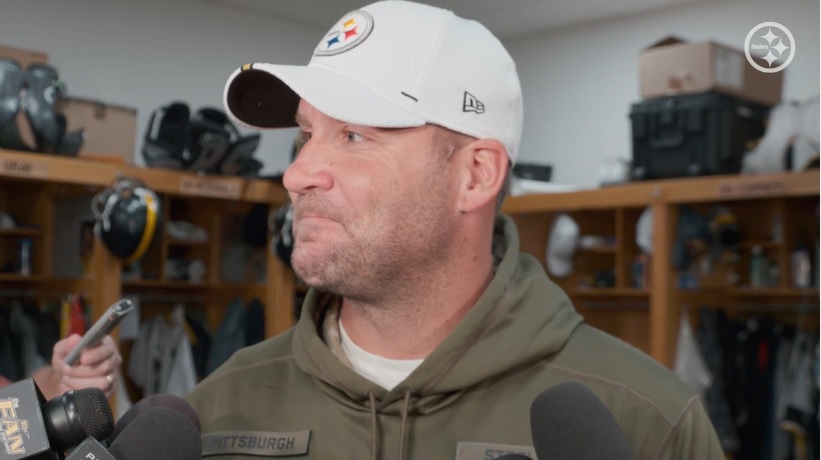 As ugly as Week One was, the Pittsburgh Steelers’ spirit isn’t dampened. Speaking to reporters Wednesday, Ben Roethlisberger said he’s still excited to go out there this Sunday. And the rest of the team feels the same way.

“Nope,” he said via Steelers.com when asked if there was less enthusiasm in the locker room. “Not at all. It’s one game. We played the best time in football at their best. We’ve got a game this week and we’re excited for it.”

And there’s every reason to be. As we’ve pointed out over the past 48 hours, the team has bounced back from terrible Week One performances before. Often in big ways, as our Daniel Valente wrote about yesterday afternoon.

Roethlisberger was asked how he and the team turned things around from duds like this one. There was the 35-7 blowout loss to Baltimore in the 2011 opener. The 34-3 shellacking at the hands of the Philadelphia Eagles early in the 2016 season. Both years, the team made the playoffs.

“I told the guys on Monday when we came in here, we were out doing our run, I said, hey guys look up. The sun’s still shining, sky’s still blue. The best thing is that we still get to play on Sunday. I mean, it’s Week One. A few years ago, we started 0-4. So long season. Half the teams lost their first game.”

Though the Steelers started 0-4 in that season Roethlisberger’s referring to, 2013, they still found a way to go 8-4 the rest of the season. If they can turn that year around, they can rebound from an admittedly miserable Week One.

Roethlisberger believes the spirits of the team remain unchanged as well.

“No, not at all. I wouldn’t expect it. If we had guys who were down and out and calling it quits, we’d have a lot bigger issues. But guys realize what Week One was and now we’re going into Week Two.”

They’ll look to replicate what happened in 2011. Seattle came to visit in Week 2 and Pittsburgh shut them out with a convincing 24-0 win. They then proceeded to win five of the next six.