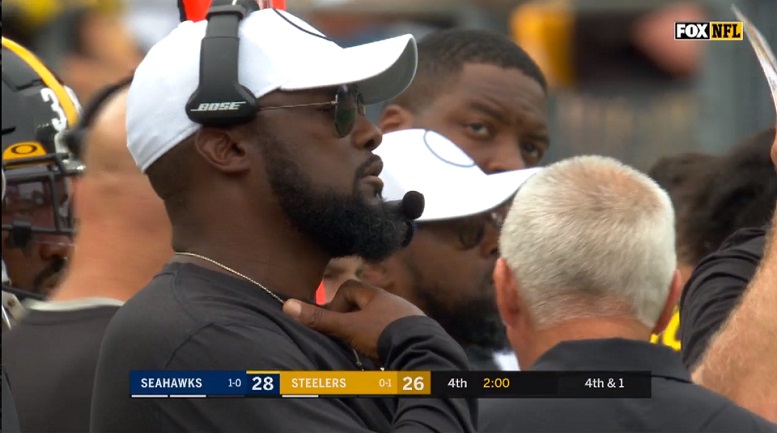 Many people bring chaos, uncertainty and anxiety into their lives when they think too far ahead and overwhelm themselves. One of the treatments for this anxiety is to take life day by day and it usually works wonder. Though unfortunately we are not in the therapy business, we are in the business of the professional football and rational, optimistic and even sometimes logical takes are not very popular around these parts.

For example, the Pittsburgh Steelers are 0-2 and there is value to the fact that there are still 14 more games to go but there is no denying that the Steelers have dug themselves into an early hole. While the Steelers should take this season on a day to day basis, there is no harm looking at the situation they have put themselves in. This is not to write off the Steelers by any means but more so to show the odds this team will have to beat should they hope to regroup this season.

As everyone knows, 2001 is the year that a second-year quarterback named Tom Brady took over for an injured veteran quarterback in Drew Bledsoe. Not saying that Mason Rudolph is the next Brady but even then, few if any expected Brady to lead an 0-2 Patriots’ team to the Super Bowl. Then again, the Patriots owned a defense that was sixth best in points allowed that year while Rudolph currently has a defense led by Keith Butler to back them up. Big difference.

Anyways, both the 2001 Patriots and 2007 Giants were able to dig themselves out of their rough starts by catching fire during the season. Both teams rode a wave of momentum at some point or another as they both compiled six game win streaks. In fact, putting together consecutive weeks of excellent play has been crucial to a team’s chances of making the postseason after starting 0-2.

Of 17 teams that started 0-2 and made the postseason, 16 teams produced a win streak of four games or longer during the season. This makes sense when considering the fact that most of these teams do not have many more games to give away and stacking multiple victories together is crucial for survival.

As Alex Kozora pointed out yesterday, the Steelers have also been in this situation before. Since 1989, the Steelers have started 0-2 four times and have managed to make the playoffs in three of those four scenarios. Their most recent 0-2 start in 2013 saw them miss the postseason and only by a hair after a Ryan Succop missed field goal in Week 17.

Here's some optimism that is rightfully undeserved.

So how do the Steelers ensure they can be the 18th team since 2000 to make the postseason after starting 0-2? That is easy, by winning and taking it game by game. They can begin the process of righting the ship this Sunday when they travel to the west coast to take on the San Francisco 49ers but it will not be easy by any means.

The Steelers are notorious for struggling on the west coast as Mike Tomlin’s 1-5 record on the west coast suggests.  Now without Ben Roethlisberger, this challenge is going to as tough as ever but it was always going to take more than just Roethlisberger or Rudolph to turn this around. It is going to take a complete team effort from the coaches who install the game plan to the quarterback to even the 53rd man on the roster in order to turn around this year’s 0-2 start.

That effort is going to require wins, a lot of them but until the Steelers can get their first victory under their belt, talking about winning streaks or the postseason is a talk for another day. Hopefully that day comes in a week’s time.