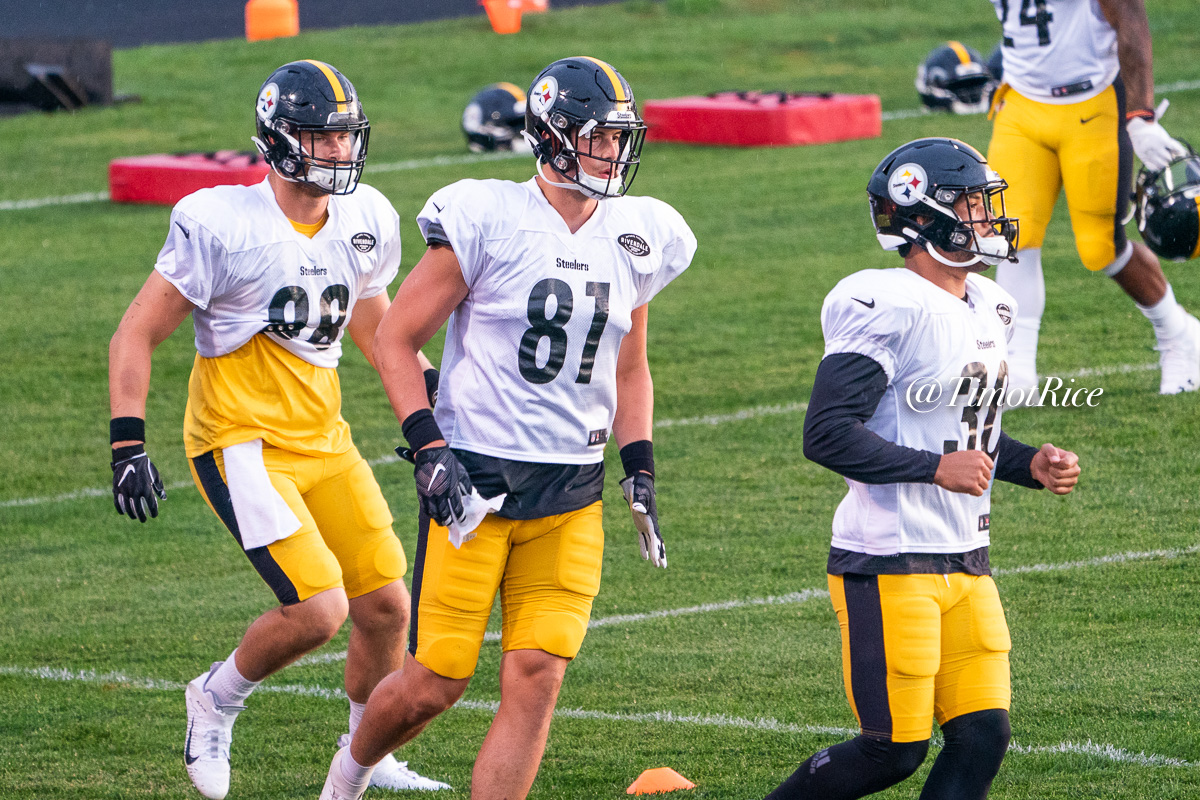 Will the Pittsburgh Steelers make another move at tight end, just as they did in 2017 in acquiring Vance McDonald?

That seemed to be Mike Tomlin’s response when asked in Thursday’s press conference. He offered his thoughts on how the tight end room, a relatively young one filled with unknowns, has done.

“We’re still evaluating it,” he said. “You know, the in stadium action is the biggest key. And we’ve been in one stadium and I’m excited about watching them and others taking significant steps. We still got time and we look forward to those guys meeting the standard of expectation.”

McDonald and Xavier Grimble are locks to make the team but the battle for the third spot remains unclear. Zach Gentry has progressed and played well, catching his first touchdown in Friday’s preseason opener against Tampa Bay. Still, he’s relatively new to the position and raw as a blocker, learning how to create leverage with his 6’8 frame. He also missed practice yesterday with some sort of chest/upper body injury.

Second year player Christian Scotland-Williamson has made a clear jump from his rookie year, a former rugby player who was practically brand new to the game. Though he’s another tall guy, he has a bigger frame and been a more effective blocker. Before camp began, he told ESPN Tomlin said if he can block a 4-3 defensive end, he’ll have a job.

However, he was limited to five snaps against the Buccaneers before leaving with a left hamstring injury. Not practicing since, his odds of playing against Kansas City look slim. Assuming he’s not back until the third game, the one where the starters play, he’ll have a narrower snap count to be evaluated from and will be more likely to begin the year again on the practice squad.

Trevor Wood and Kevin Rader have practiced every day but neither have shown enough to be kept. Rader’s hands are poor while Wood struggles to create a push as a blocker. They are likely outright cuts when it comes to final cutdowns.

Point is, the position has offered glimmers of promise but not enough consistency, and right now, not enough availability, to go off of.

The tight end trade market does seem slim which may compel the team to stay in-house. We’ll come up with a list of names in roughly a week but it figures to be an unimpressive list.