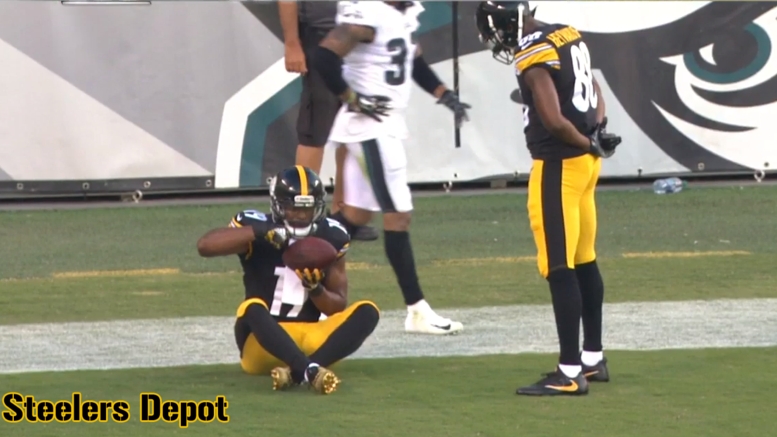 In spite of the depth that is available to them, it is not guaranteed that the Pittsburgh Steelers are actually going to carry six wide receivers this year. Now, is it more likely than not that they will? Probably. But let’s remember that, other than in recent years, it was just as common for them to carry four receivers as it was six.

What changed? One could argue that it was because they had a special teams standout like Darrius Heyward-Bey. Whether you care for the concept or not, Head Coach Mike Tomlin and the coaching staff put a lot of value on players whom they consider ‘starters’ on special teams.

And Heyward-Bey, who spent several seasons here but was not re-signed this offseason, served a prominent role in all of the major units, what they call a ‘four-phase’ player, accounting for punt coverage and kickoffs, as well as kickoffs and kick coverage.

He was a de facto captain of those groups, with a detailed understanding of all the rules, which he occasionally even explained to the officials on the field when he had to. It even got him a call or two over the years to go his way.

But what he also brought was his profound speed, which gave, for example, the kick coverage unit a dimension they couldn’t possibly otherwise have. Their coverage patterns was literally designed in such a way that takes into account that he would be the first one down the field, and the rest would funnel the return into the teeth of the coverage.

When Heyward-Bey missed some games last year, they had to change the coverage. They ran a stunt on his end—the far right side of the unit—sending the far-end player looping inside of the player next to him to give the return unit a different look.

Generally speaking, this is the sort of impact that a number six wide receiver has on the Steelers. If they don’t find a sixth wide receiver who offers this major special teams component in his game, then it’s quite possible that they hold that roster spot for another player who can make that contribution, such as Trey Edmunds at running back, or Tuzar Skipper at outside linebacker.

This is why Johnny Holton is a name to watch. Though he had some questionable returns, he also made plays as a coverage player, including inducing a fair catch the way Heyward-Bey was wont to do.

One caveat to this roster-building approach based on team precedent is the fact that new offensive coordinator Randy Ficthner is using four- and five-receiver sets more than anybody on the team ever has before him.

If he continues to do that, then it stands to reason that you would want to have a proverbial ‘spare tire’. Not that the Steelers are concerned about the ability of their running backs and tight ends to contribute in the passing game, but you can’t run a five-receiver set with only four receivers.