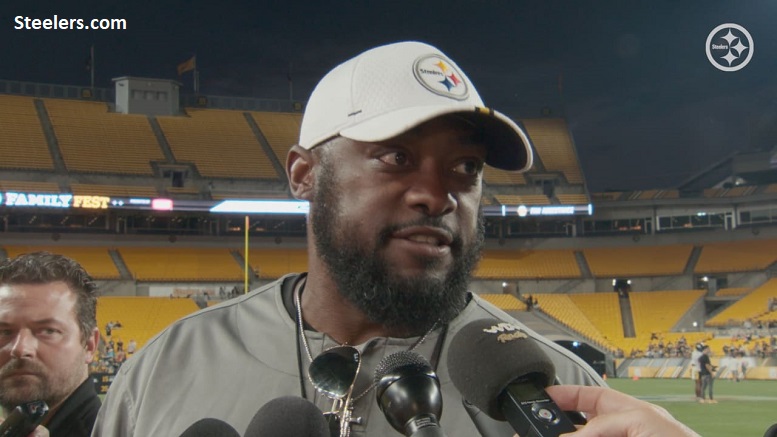 “A few guys banged up along the way, being evaluated,” Tomlin said. “Wasn’t able to finish, Diontae Johnson with a groin. [Maurkice] Pouncey is being evaluated with a minor injury of some kind. I don’t have a lot of specifics there. JC [Hassenauer} with a knee. Artie Burns didn’t finish with his groin. Some guys are working their way back. T.J. Watt, uh, was ready to go, so we worked him a little bit tonight and we’ll continue there and get him on this moving train.”

Watt being limited isn’t surprising as he was removed from the team’s Active PUP list earlier on Sunday. Tomlin was asked after practice was over how he thought the former first-round draft pick looked in his first session of training camp.

“I didn’t see him,” Tomlin said. “He did some individuals, he did prescribed work. I was really focused on some of the competition things. He’s ready to go and as good to have him back.”