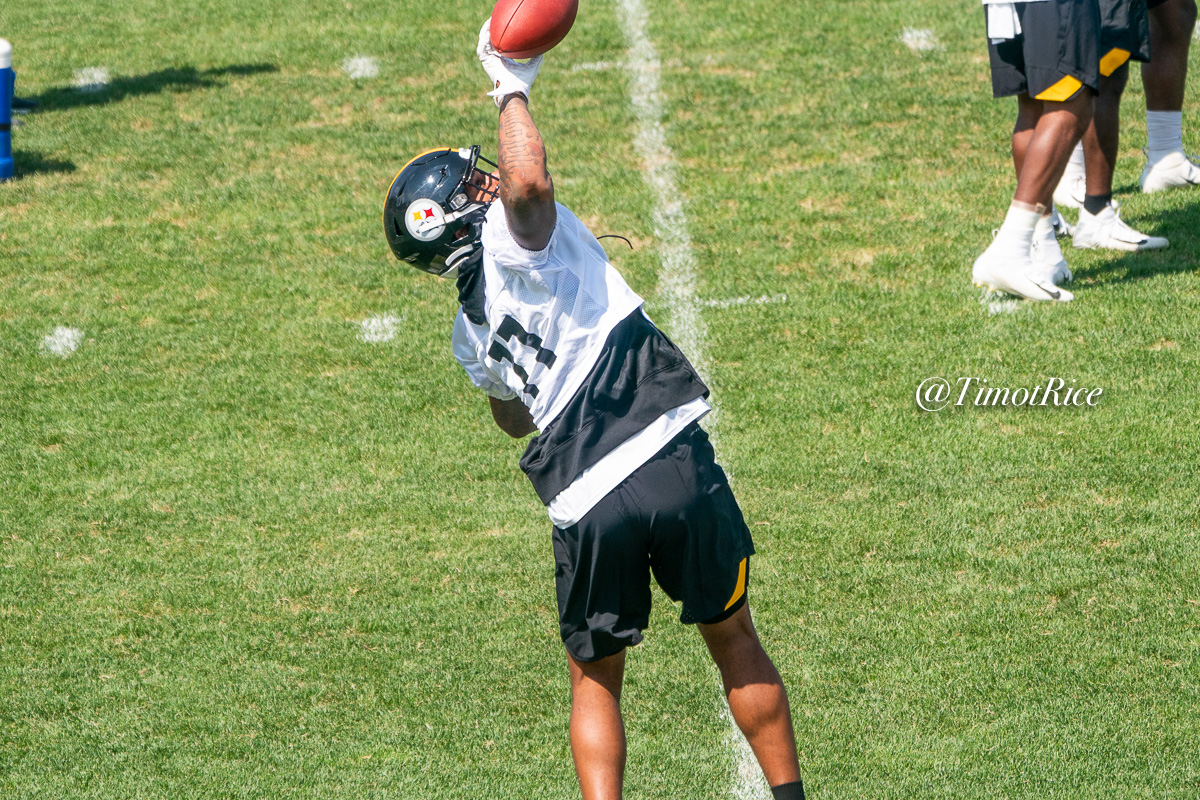 One of the keys to the 2019 season for the Pittsburgh Steelers is whether or not they can see a number two wide receiver truly emerge from the pack as a complement to the young JuJu Smith-Schuster. He is heading into just his third season at the age of 22 already as the clear and obvious leader of the wide receiver room, but now stepping out of Antonio Brown’s shadow, and without him on the other side of the field.

The team has some intriguing options, but they will have to be sorted out over the next several weeks, or even months. The big name in that discussion currently, though, is the veteran, Donte Moncrief, whom they signed as a free agent. Solomon Wilcots and Sam Monson recently discussed the prospects of him breaking out for the Steelers in 2019 and having the career year that he has been teasing since his rookie season.

‘I do believe that Donte Moncrief is gonna have that breakout season that will at least replace some of the production lost in the absence of Antonio Brown”, Wilcots said, but Monson was far more reluctant. He made a similar argument to that against Justin Hunter, talking about his big performances in practice and the preseason that don’t translate into the regular season because of his natural abilities.

He even went so far as to say that he would be surprised if Diontae Johnson, the rookie, wasn’t the better wide receiver over Moncrief right out of the gate. Frankly, it’s nice that PFF is in love with Johnson, but their expectations for his role in the Steelers’ offense as a rookie have long been overzealous.

“Donte Moncrief was one of those guys that just seemed to get lost in the shuffle when he was in Indy”, Wilcots said, noting that T.Y. Hilton was Andrew Luck’s guy, and he became the go-to behind a terrible offensive line. While Monson argued the others, including James Washington, have a better skill set, Wilcots offered the biggest reason he believes it will be the veteran who emerges this year.

“When you get to the NFL, you have to do this thing, what we call sight adjust”, he said. “You are told to run a route based on the coverage you’re going to get from the opposite defense. Once they adjust and move, after the snap of the ball, most college receivers have not had time to truly learn how to adjust to coverages in the middle of running a route”.

While he has apparently always had fantastic offseasons, Ben Roethlisberger and the Steelers have loved Moncrief so far this year as a player and person. But ultimately, it doesn’t matter if he is the one who emerges as the strong number two, as long as somebody does it, and does it well.