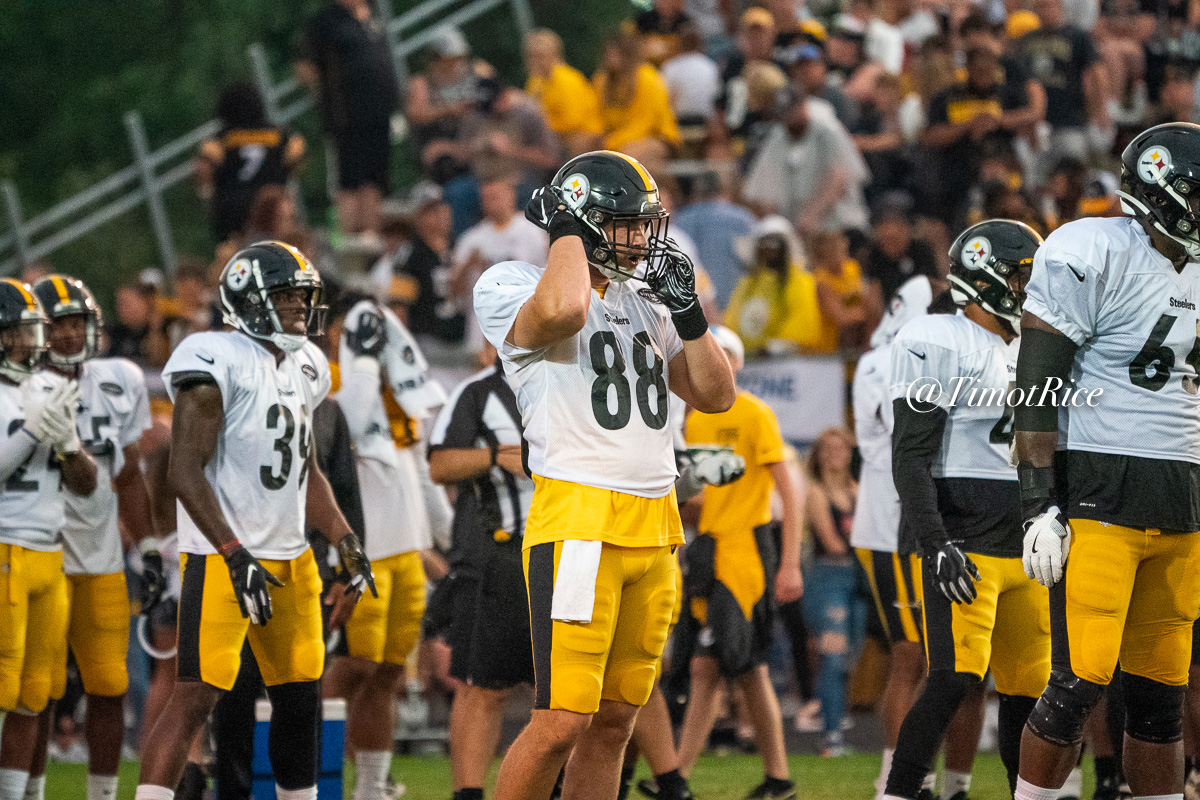 The news of the first Pittsburgh Steeler to be released as they trim their roster from 90 to 53 has been announced. Tight end Trevor Wood will be waived by the team, according to this tweet from the Houston Chronicle’s Aaron Wilson.

TE Trevor Wood from Texas A & M being released by Pittsburgh, per league source

Wood was signed as a UDFA out of Texas A&M. He began his college career with Arizona. Injuries to Zach Gentry and Christian Scotland-Williamson opened the door for Wood to log plenty of snaps but he struggled on the field. A below average blocker and route runner, his best trait was a decent pair of hands but he failed to catch a pass during the preseason. He also worked out as a long snapper in camp but never appeared in that role in a game. In camp, he caught eight passes on ten targets for 59 yards.

He worked alongside Kevin Rader who struggled to make an impact as a receiver but was a better blocker than Wood.

Tight end is the biggest concern on the depth chart and it wouldn’t be a surprise to see the team add someone from the outside. If they stay internal, Gentry will be the #3. Scotland-Williamson should return to the practice squad as an exempt player.

The Steelers will have to cut their roster down to 53 by 4 PM/EST tomorrow. The team is notorious for being one of the last to announce their cutdown. Later tonight or tomorrow, we’ll have a tracker to log all of the team’s moves.