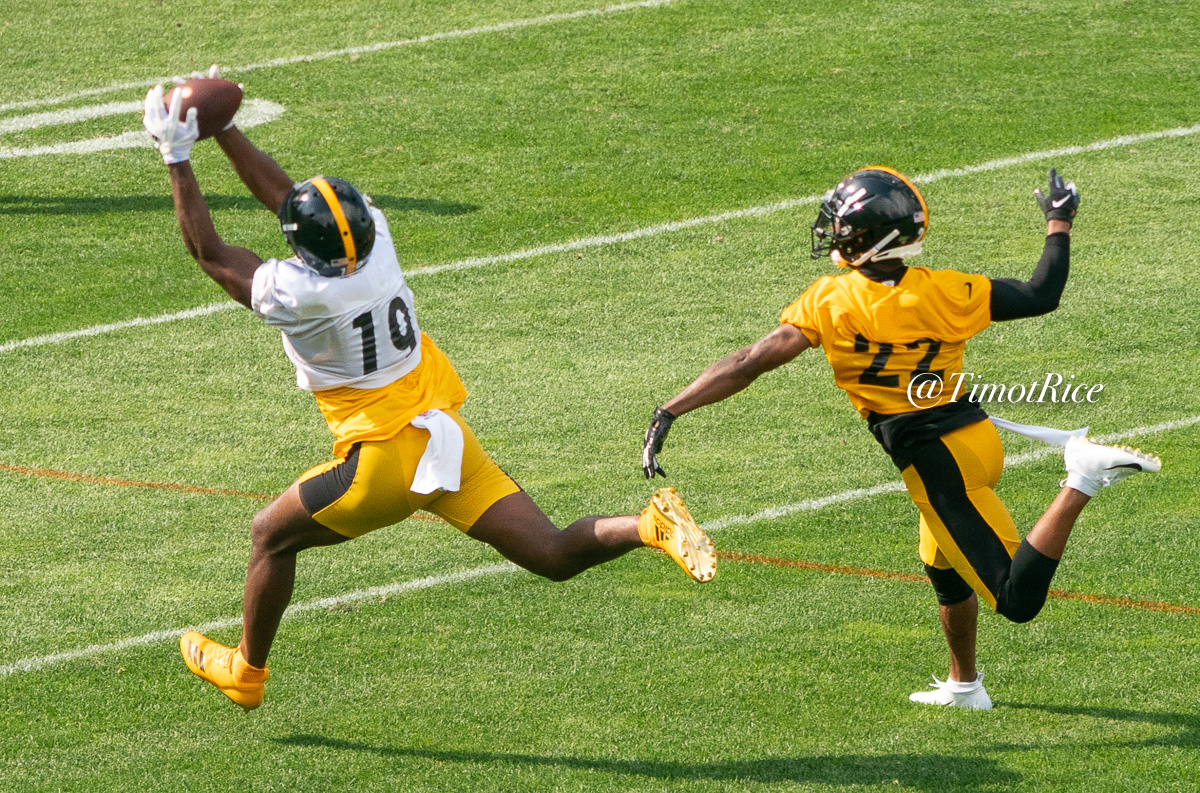 In the last installment of the Ranking the Starters series for the Pittsburgh Steelers, I took a look at No. 10-6, which can be found here. Now, it’s time for the final installment, the culmination of an entire off-season.

Today, I’ll take a look at No. 5-1 to slingshot the fan-base into the first week of the season.

This list is based off my own personal rankings regarding skills, not value to the team like I did two years ago.

For fun, here’s how last season’s full rankings went from No. 24-1.

Last season was a real breakout season for TJ Watt, who developed into a fearsome pass rusher off the edge for the Steelers.

Promised about a week ago a thread on every T.J. Watt sack from the 2018 season. Here it is. First one came Week 1 at Cleveland. Rips through Darren Fells on the edge for the big hit on Tyrod Taylor. First time we really saw that flash of a speed to power guy. pic.twitter.com/PREvwPYPt1

The challenge this year is for Watt to best what he did last season, and with this being his third full season in the NFL and fourth full season at the position overall, the sky is the limit for the Wisconsin product.

There are a lot of question marks surrounding JuJu Smith-Schuster heading into the 2019 season due to the loss of Antonio Brown and the added attention on the third-year product out of USC.

There shouldn’t be any questions though.

Smith-Schuster isn’t a burner and isn’t the greatest route runner in the league, but he just knows how to work open and has a great rapport with Ben Roethlisberger. That means something.

Pittsburgh will continue to do a great job finding talent at receiver and developing it. Smith-Schuster is the latest in line there, and should have a monster season as the true No. 1 target for Roethlisberger.

If this were a list based on team value, Roethlisberger would obviously be No. 1. It’s not though; it’s about who’s the best.

Roethlisberger stays in the same spot as last year’s list. He’s still a phenomenal quarterback, but he’s not the best starter on this team. I think that’s fair and accurate.

Last season Roethlisberger really had to air it out, throwing the ball 675 times. That high amount of attempts obviously led to a number of interceptions, but that’s what happens when you throw the ball nearly 700 times in a season.

Surprisingly, Roethlisberger appears to be getting better as his career draws to a close. Here’s hoping we have 3 more great years with 7.

Over the last two years, Cam Heyward has been one of the most dominant 3-4 defensive linemen in football.

Heyward was already a great run defender in the NFL, but he’s really developed into a talented pass rusher that has become a force for the Steelers’ front 7. Heyward consistently wins with strength and has shown some serious burst on stunts and twists along the interior of the line.

Off the field, Heyward is a fantastic leader for this franchise. He’s vocal when he needs to be, gets guys fired up and is a calming presence when needed. I wish the rest of the league would catch up on Heyward regarding how great of a player he is.

Last year, David DeCastro came in as the No. 2 player on this list, right behind Brown.  Now, arguably the best guard in football grabs the top spot in my rankings.

While the Steelers’ starting offensive line is considered one of the best in all of football, DeCastro is head and shoulders the best lineman of that group. He’s become a fantastic leader that really seems to have his finger on the pulse of the locker room, and is arguably the most consistent player on the roster. You know exactly what you’re getting from DeCastro week after week.