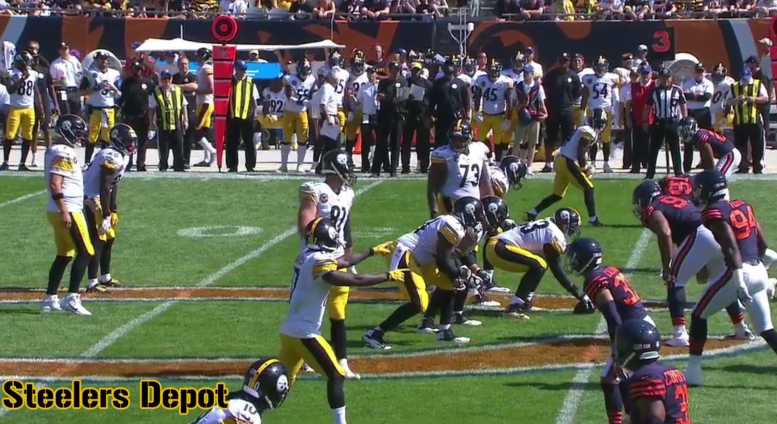 Having Antonio Brown on the field consistently, performing consistently, and consistently from the same spot, was a blessing for Pittsburgh Steelers quarterback Ben Roethlisberger over what turned out to be about half of his career up to this point. It goes without saying that there was outside baggage that came along with all the great things he brought on the field, but there’s a reason that he caught over 100 passes in six straight years.

With Brown now in Oakland, Roethlisberger is going to face a major challenge in adjusting to playing without him. But his position coach and offensive coordinator, Randy Fichtner told Tim Benz that that could be a good thing. As he said via the Breakfast With Benz podcast, regarding Brown’s role, what it meant, and what it means now that he’s gone:

It just depends on what personnel group’s in, but the one constant was always Antonio for nine years. He could guarantee that he was the X. We never moved Antonio from that position. But I think that it will be a little challenge for him at first. It might even be in a good way challenging from a concept standpoint because the concepts aren’t changing, just the people. And if you just trust the formations and the concepts, the people really didn’t matter. It’s been interesting to work and have that work come together and actually show on the field.

It’s not entirely true that they never moved him around. He has played in the slot as well as the Z every so often throughout a game, but he has predominantly been the X. Heading into 2019, it’s not firmly established that there will be only one incontrovertible X receiver for Roethlisberger to throw to.

Fichtner wants him to embrace that challenge, to trust in the concept of the play and carry it out without respect to who is playing where. The X is the X no matter who is playing it, as goes with the other positions on the field.

When you work with greatness, it can sometimes lead to a form of complacency, allowing you to take some elements of the game for granted, and that they will always be there, available for you. Roethlisberger is being thrust with that change, and it will be imperative for him to show that he can smoothly make that adjustment.

He may not often play the X position, but he still has a reliable target in JuJu Smith-Schuster, in whom he can find a similar compatibility to that which he shared with Brown. That relationship has born great fruit through two years, but the harvest in year three could be something special. The X no longer marks the spot, but that’s okay too.