Ola Adeniyi curiously missed the final practice of the 2019 Pittsburgh Steelers training camp. We now know why – sort of, at least – and it’s not good news. On his Instagram page Friday morning, Adeniyi shared this photo of him undergoing surgery. 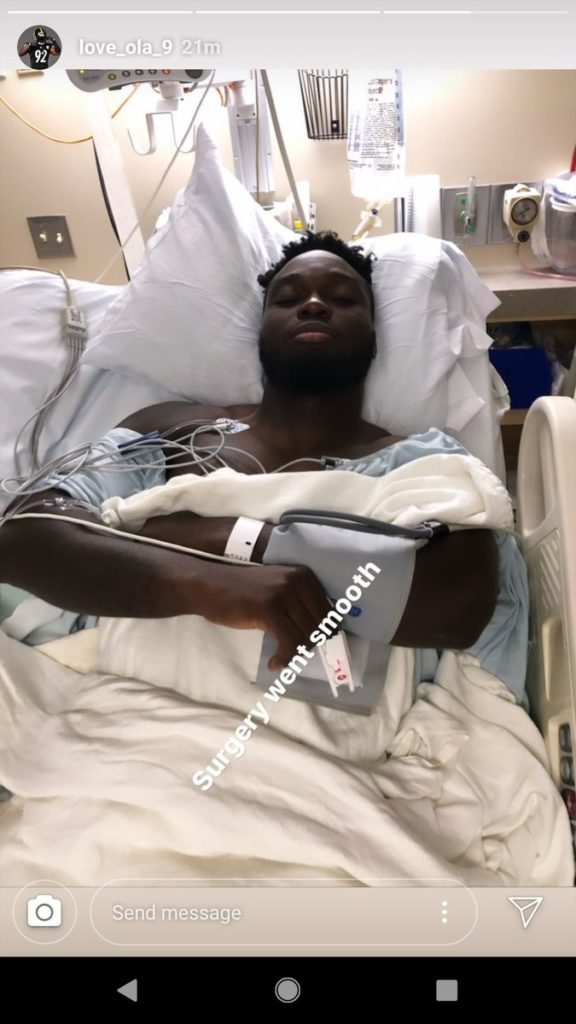 Frankly, it’s difficult to tell even the general nature of the surgery here. I’ll try to check in with our Dr. Melanie Friedlander for some input. Hopefully it’s minor. For what it’s worth, though he failed to practice Thursday, Adeniyi looked ok and in good spirits.

In a now deleted tweet, Adeniyi said he’ll “be back and healthy in no time.”

Either way, it potentially derails an awesome start to his 2019 season. Adeniyi was one of the stars as camp, a clear winner on our list, and was challenging Anthony Chickillo to be the #3 outside linebacker in the rotation. Now, his future is a bit more uncertain.

It’s another obstacle for him to have to overcome. Last year, after a stellar rookie preseason, he suffered a hamstring injury in the preseason finale. He ended up on injured reserve, not activated until Week 10, and played just nine defensive snaps the rest of the way.

Him missing time means another Toledo Rocket will get a chance for more reps. Tuzar Skipper ran 2nd team LOLB in yesterday’s practice. He, like Adeniyi last year, is impressing already as a rookie and has a great chance to make the practice squad. Should the injury be serious, Skipper may have an outside shot at the 53, too.

Mike Tomlin isn’t slated to talk to the media until after Saturday’s game against the Kansas City Chiefs. So hopefully we know more then.