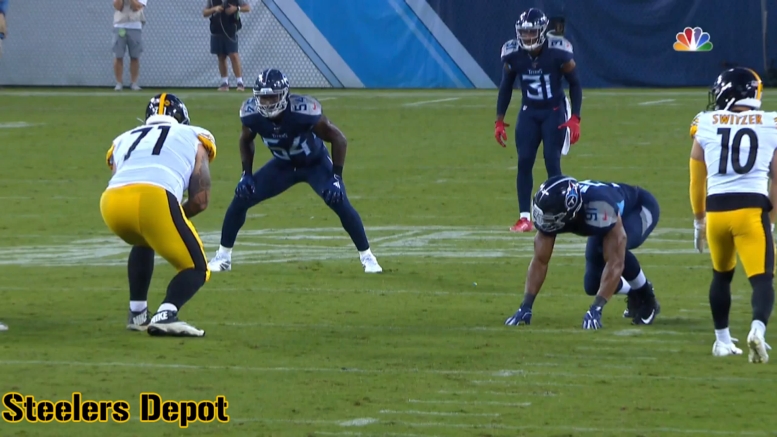 Matt Feiler was the only offensive lineman who is projected to open the regular season as a starter when the Pittsburgh Steelers took the field earlier this month for their first preseason game. But it wasn’t at the spot that he would be playing. In fact, it’s been quite some time for that, at this time of the year.

Feiler’s 21 snaps at right tackle spanning the four offensive drives the Steelers ran in the first quarter was the entirety of all of the work that he has gotten at either tackle spot in a preseason game since 2016, and even in that season, he worked primarily at guard.

During each of the past two preseasons, in spite of the fact that, when he was called upon, with one exception, it was always to serve as either a backup or starter at tackle, Feiler had been exclusively working at left or right guard, or even center in the case of the 2018 season.

But after starting 10 games at right tackle in 2018 for the injured Marcus Gilbert, and following Gilbert’s subsequent trade, one would have thought that Feiler might be allowed to settle in more at tackle, especially considering that he was ostensibly competing for that job with Chukwuma Okorafor, Jerald Hawkins, and Zach Banner.

It hasn’t been that much of a competition throughout that process—he did get his work in during training camp, and Alex Kozora observed that he was clearly the frontrunner for the job from the beginning to the end—but nevertheless, his lack of in-game work at tackle up to this point had been a bit odd.

What it did afford through the first two games was opportunities for more high-quality reps for the likes of Okorafor, who got to start at both left and right tackle in the two games that Feiler began at guard. That is valuable work for the young second-year player, as he presumably heads into the season as the swing tackle.

Feiler, 27, is officially entering his third NFL season, but it is in fact six years in total, as he spent his first three years in the league on practice squads, the latter two of those years being on the Steelers. He was originally signed as an undrafted free agent by the Houston Texans and spent his rookie year on their practice squad.

Now he is projected to be a 16-game starter, and headed into 2020, could be in-line for a contract extension that will make him a pretty penny, relative to his career earnings up to this point.