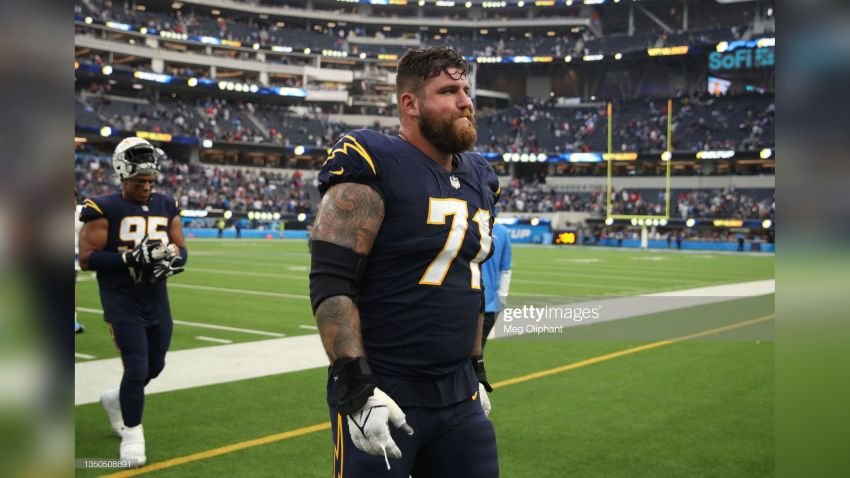 The Pittsburgh Steelers, particularly the defensive line, will see a familiar face on Sunday night when they visit the Los Angeles Chargers, because one of their former starting offensive linemen will be staring against them. That would be Matt Feiler, whom they called “The Anchor” here during his six seasons in Pittsburgh.

Feiler, who started a full season at right tackle after filling in for most of the prior year, and then started at left guard last season, departed in free agency, signing a pretty healthy contract for a former college free agent who marinated for three years on practice squads. Cameron Heyward knows a little something about going up against him in practice, and seems to wish he was only seeing him in that context, rather than in a game.

“The Anchor, he’s playing really stout right now”, the veteran defensive lineman said of his former practice adversary. “I would say he’s one over there. I was really sad to see him go, because I thought he provided a lot of stability in our o-line in years past and didn’t get the credit he deserved. But I’m looking forward to the challenge. You want to play against good competition, and he’s right up there with them”.

According to Pro Football Focus, Feiler has graded very well in run blocking this season while playing guard, though he has been docked in pass protection, credited with giving up three sacks and five hits among 13 total pressures, tied for the second-most on the team. Tackle Storm Norton has been charged with an insane 34 pressures, tied for fifth-most in the league—with Alejandro Villanueva.

In hindsight, it’s quite likely that the Steelers would have made an effort to retain him this offseason, if they had known that David DeCastro would have an ankle injury that required surgery. Feiler likely would have continued to start at left guard, with Kevin Dotson moving back to his more comfortable right guard spot.

Instead, they signed veteran Trai Turner to a one-year contract to be a stopgap answer for the 2021 season. But Pittsburgh did not know the full context of DeCastro’s injury and its lack of progression in healing until an MRI was done during minicamp.

The cap savings they got from that move afforded them not only the Turner deal, but also the deal for Melvin Ingram, which…well, you know what happened there. But it felt good when it first happened, right? Hang on to that memory. Especially if Feiler bulldozes his way through Chris Wormley and Isaiah Buggs this week—or even Heyward.