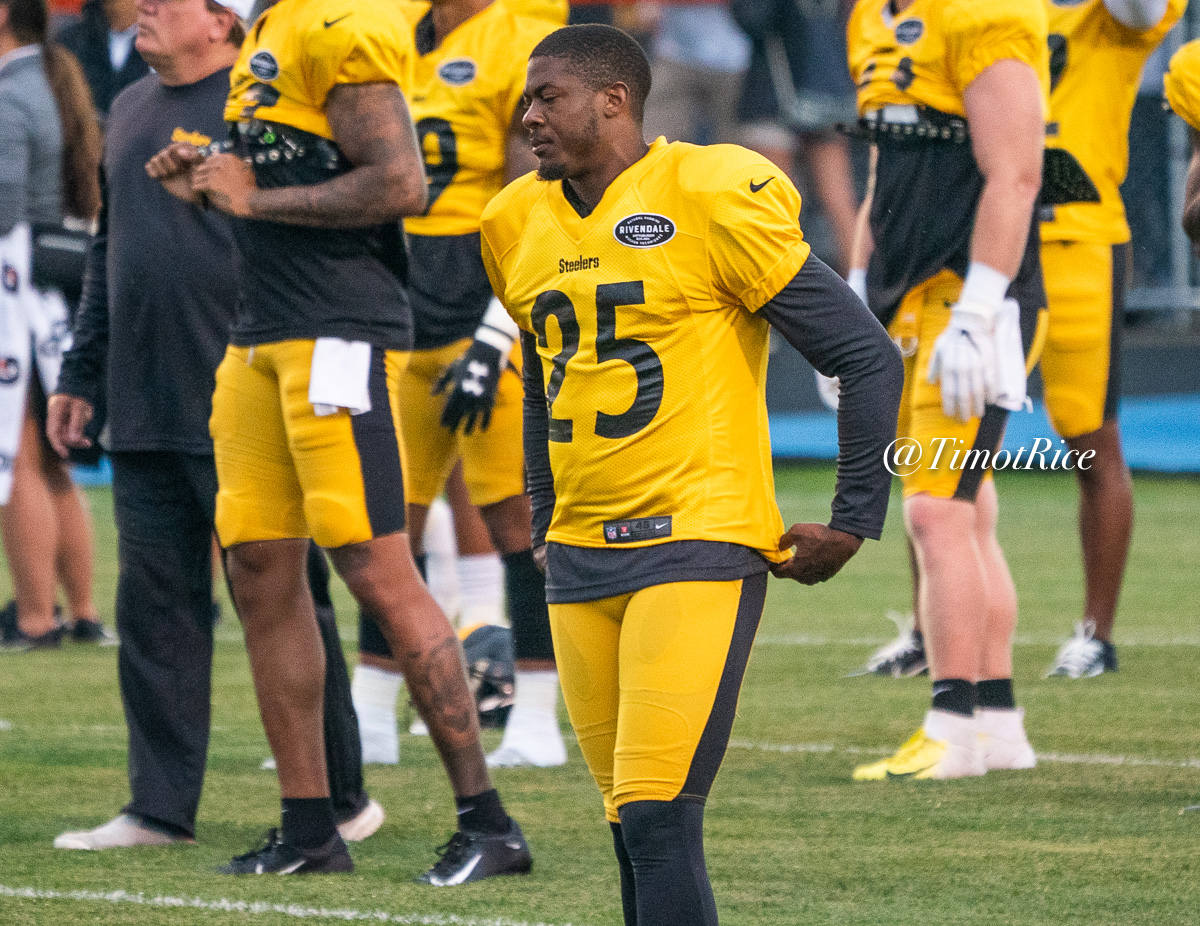 Artie Burns’ story was painted in pretty black and white terms when he was first drafted in 2016. His father in prison for half of his life, his mother having passed away during his junior season, the Pittsburgh Steelers quarterback was forced beyond reason to mature immediately, and not just for himself.

He has two younger brothers who became largely his responsibility, though grandparents are also in the picture. His middle brother was 16, his youngest 13. He had a young son. He now has two, and he does his best to raise all of them, though the middle brother, Thomas, is now in college.

Stories are never as simple as they’re told, however. That includes the story of Artie Burns, Sr., who has only ever been a footnote in his eldest son’s biography, or so we knew. But that is far from the case. Though he is serving a 25-year sentence on the charge of trafficking cocaine, his sons, particularly Artie, recall a devoted father. He even coached Artie in youth football. And his sons have continued to push him to campaign for a retrial of the charges against him.

That is one of the many things on Artie Burns’ plate this year as he fights for a job in his fourth season with the Steelers. He told Jeremy Fowler that there has always been a discrepancy on the police report versus what he was charged with—by a factor of 10,000. The police report lists the discovery of .10 ounces of cocaine. He was charged as having been in possession of over 100 grams. That raised the penalty to a mandatory 25-year sentence, rather than one a third as long.

Artie Burns has spent $10,000s for lawyers to help push for a retrial for his father, most recently filing a motion last year citing “after-discovery evidence, false testimony and prosecutorial misconduct”. His father is not just a nobody, but rather an active part in the lives of his children.

They speak to him every week, and the two younger sons have visited him in prison. Artie has yet to do so. Said his father, “It might be something that’s hard for him seeing me in prison like this. I don’t think he’s ready yet. When he was young, he was always with me. I used to pick him up from school, take him to practice. I understand. I’ll wait on you. I’ll be patient”.

I know that this is not exactly about football, but that is the point. Especially today, as we mourn the loss of Darryl Drake, it’s important to remember that football is never just about football, but also the people who play it and the lives that they live, and the impact that they have on those around them and society as a whole.

Many of you may only come here to see gifs of tackles and blocks and catches, and that’s perfectly fine. That’s our bread and butter, and we’d like to think that we do it as well as anybody else out there. But I think it’s important to take that step back every once in a while and recalibrate our understanding of what it is we’re all doing here. I think this story—Fowler’s entire extensive article is well worth reading—is an example of that and an opportunity to communicate that message.