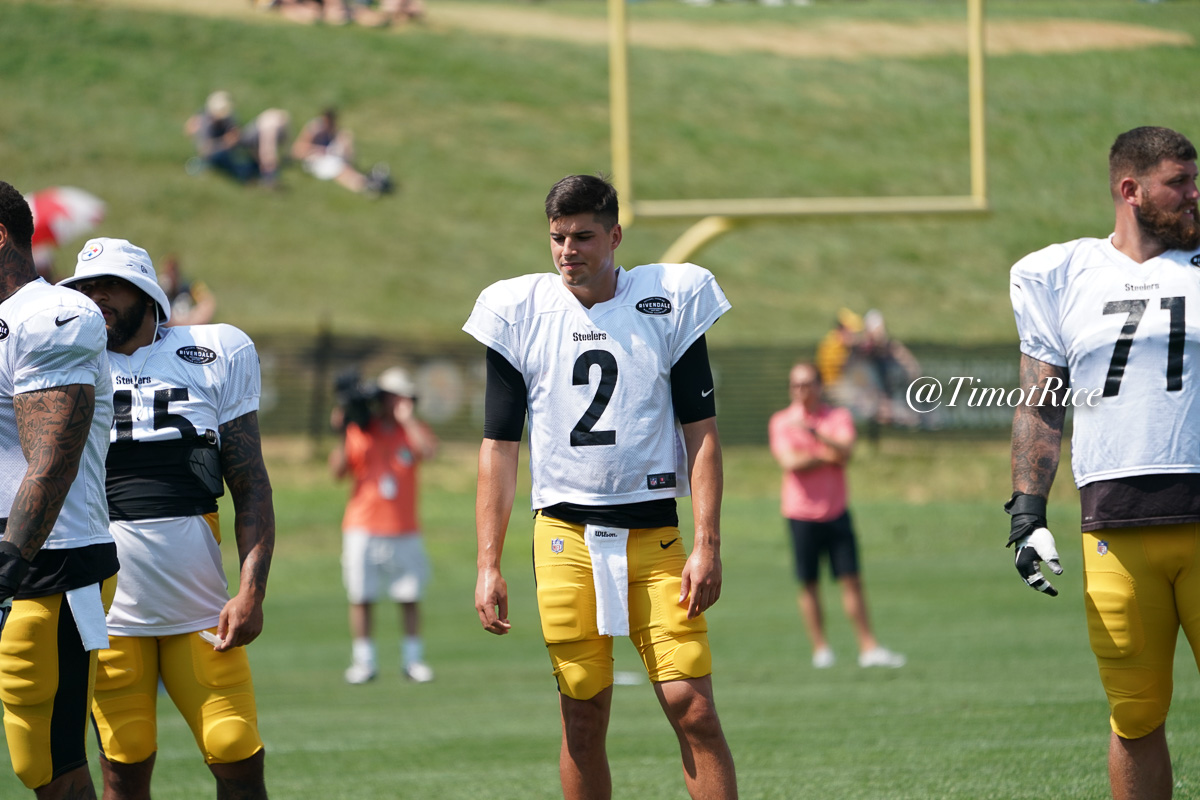 I’m sure this is going to draw some mixed reactions, but I think it’s time to get this in before the first preseason game. Second-year quarterback Mason Rudolph got off to a solid start in training camp overall, but he has at best plateaued, if not having gotten worse since then, something that we should acknowledge.

That’s not to say he’s not going to get better. He may look fantastic two days from now in preseason action, and this will look like I’ve jumped the gun. But this isn’t about two days from now. This is what he’s looked like up to this point, and up to this point, Rudolph has not made the sort of progress that one would anticipate from a quarterback viewed as a future starter.

Culled from Alex Kozora’s studious work at training camp, we know that there has been plenty of good so far in his game. He has his moments with nice touch passes and things of that nature. But there are other things that he continues to be behind on, and perhaps the defense is adjusting to that more and more, as he’s also putting more balls into the hands of defenders, whether directly or off of deflections.

It’s one thing to be able to make nice plays, but being a starting-caliber NFL quarterback is also about minimizing the negative plays. He initially seemed to be doing a better job of that than Joshua Dobbs, but Dobbs has been getting more consistent as camp has gone on and Rudolph has gone in the opposite direction.

The good news is that there is still plenty of time left. There may only be a handful more practices in training camp, but there are still four preseason games and all of the practice that will continue to take place once they get back to the UPMC Rooney Sports Complex.

Rudolph has talked about feeling much better about where he is now compared to last year, but he needs to show that more. That is the burden now placed upon him over the course of the next several weeks, with the preseason games being the most important mile markers along the journey.