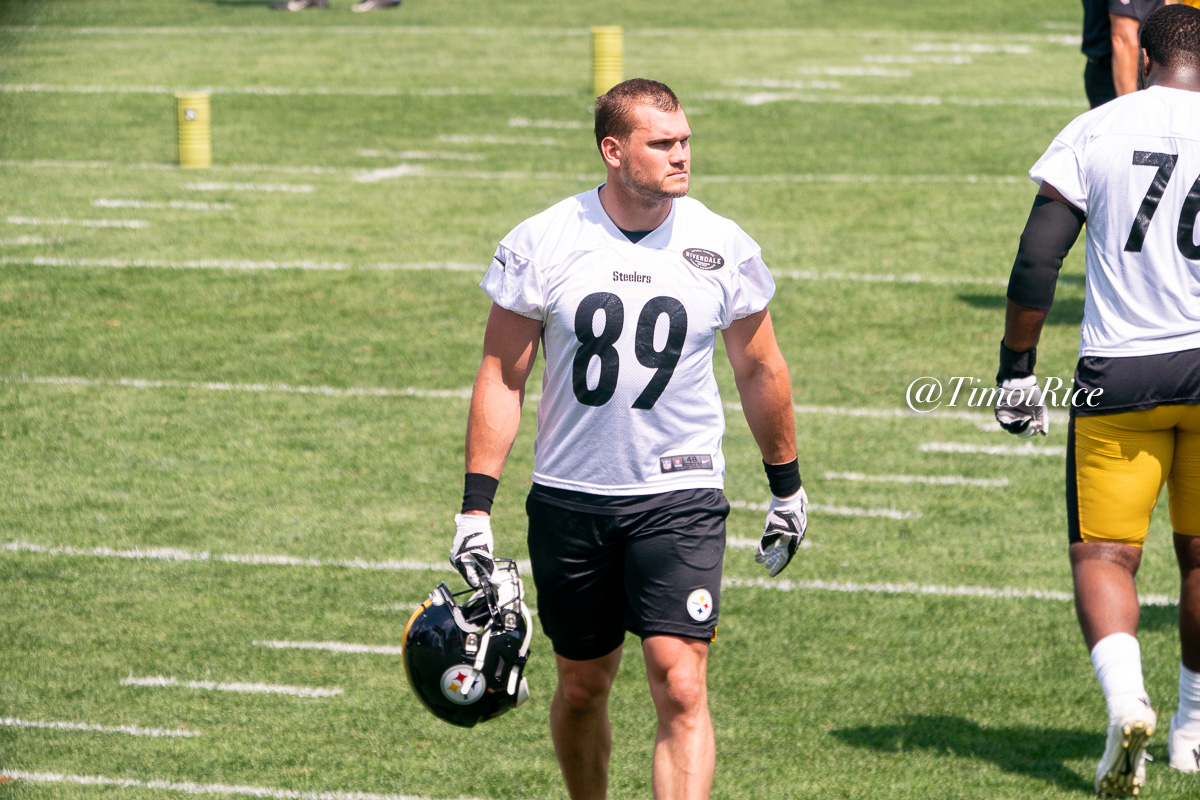 Vance McDonald is not exactly the boastful sort. He doesn’t really talk about his numbers, or even what he can bring to the table, unless it’s asked of him to talk about it, and even then, he frequently defers to the team-oriented aspects of the equation.

Entering his seventh season, and the third with the Pittsburgh Steelers, he looks to be primed to have a career year if he can stay on the field, now more comfortable than ever in the offense and with more room to operate with Antonio Brown and Jesse James gone.

But as he sat down with Missi Matthews recently for the team’s website, he only talked about his individual contributions and the potential for more because who’s not here in a vague, unassuming way, with the perspective of how it achieves an overall goal.

Which is to win the Super Bowl. The Steelers have only even played in one postseason game since McDonald was here (and he went for over 100 yards in it), but he said that he thinks they are going to win this year, and he gave that answer in response to a question of whether or not there’s a “different vibe” around the team this year.

“I think everyone is aware of the fact that we have what it takes to win”, he said, “and that there is no secret formula and it doesn’t have to be super complicated. It’s just a matter of believing in every single guy that’s around us. I think when we do that, we’ll really show and shock the world, and I think we’re gonna win it all”.

The Steelers looked to be among the favorites to make a deep postseason run toward the middle of the season as they stood shoulder to shoulder with the rest of the league, owners of a 7-2-1 record and riding an extended winning streak of six games, but they collapsed to finish on a 2-4 skid afterward, missing the postseason by half a game.

Even with the departure of Brown, the offense still looks poised to be dangerous this year, with JuJu Smith-Schuster, James Conner, and McDonald being the primary threats, and weapon for quarterback Ben Roethlisberger, who knows that he has extra eyes on him in 2019.

I wouldn’t go so far as to say that I think the Steelers are going to win the Super Bowl, but I certainly believe that they have the capability, the talent, to do so. The offense without Brown is still a very strong group, and they have made key upgrades on the defensive side of the ball that will take care of some of the biggest global team issues from a season ago.

The entire offseason since the start of the new league year has mostly been business-like for the Steelers, in a positive way, and is something that many players over the span of months have commented upon. It’s become hard to ignore as it continues into Latrobe.