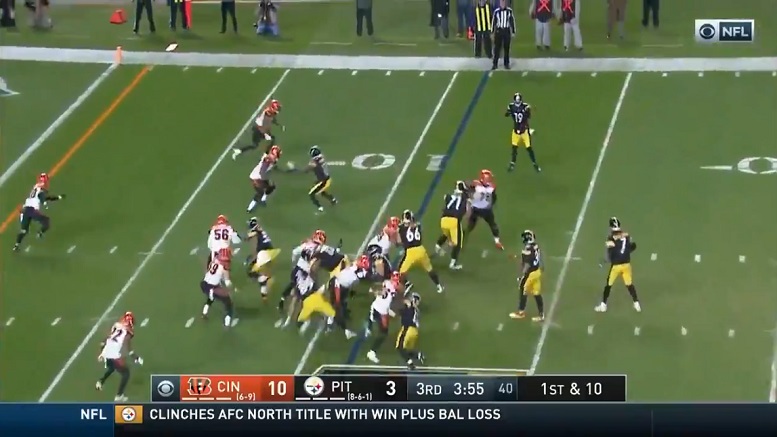 On Friday we passed along a stats report from Pro Football Focus that stated Pittsburgh Steelers quarterback Ben Roethlisberger has thrown the most passes at or behind the line of scrimmage over the course of the last three seasons. Personally, that fact didn’t surprise me and especially with Roethlisberger being right near the top of the NFL in total pass attempts over the course of the last three seasons. Obviously, most probably view this latest stats nugget on Roethlisberger as a sign that he threw a lot of wide receiver screens last season. However, you might be surprised to learn that of the 165 total pass attempts that Roethlisberger threw at or behind the line of scrimmage last season that we only have 39 of them being charted as true wide receiver screens. Additionally, 2 of the pass attempts that backup quarterback Joshua Dobbs had last season were also traditional wide receiver screens.

First, let me make it clear that these 41 total pass plays only included traditional wide receiver screens such as the smoke, bubble, tunnel, jailbreak and traditional. These plays all went to wide receivers and none included quick speed-outs. In short, these are all of the quick wide receiver screen passes that most fans like to bitch about. If you would like to see the exact plays that I identified for this stats study, they are clipped from our offensive charting from 2018 and posted below. If you have an NFL Gamepass subscription, you can easily watch all of these plays if you would like to check my work.

On the 39 wide receiver screens that Roethlisberger threw in 2019, he completed 34 of them for 165 yards and 3 touchdowns. I’m sure most remember those three touchdowns but just in case some of you need your memory jogged, they are all below.

So, how many of those 41 total true wide receiver screen plays were successful last season? 18 in total and that number obviously includes the 3 touchdowns. 5 of those failures were the incomplete passes so of the 36 that were completed, the Steelers offense registered a 50% success rate.

Of the 21 wide receiver screens run last season on 1st and 10 plays, 9 were successful. 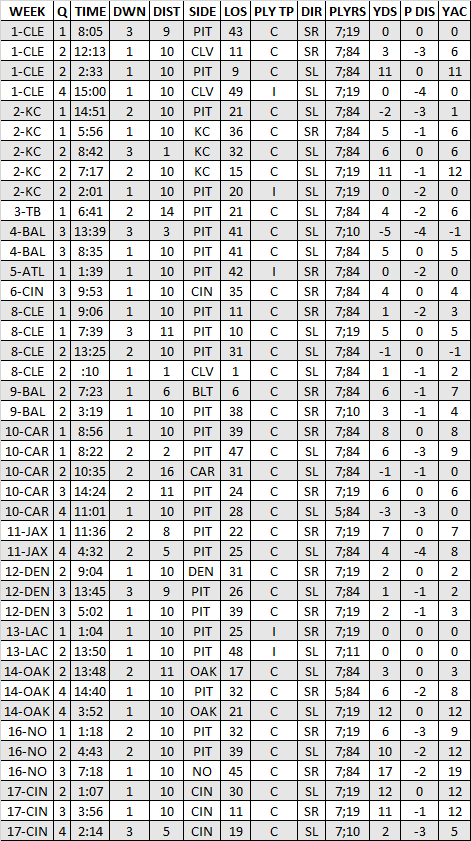