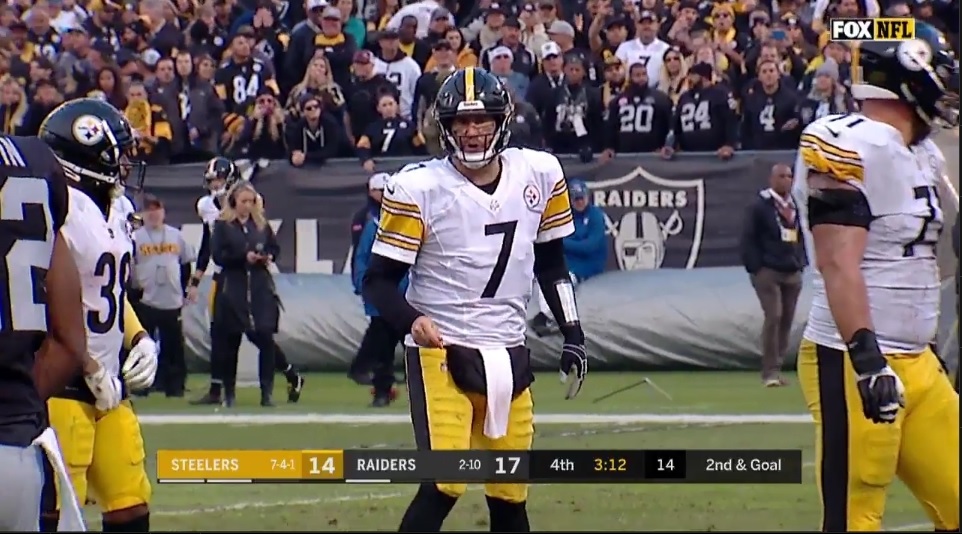 Though Ben Roethlisberger led the league in pass attempts last season, not all of them are created equal. Pro Football Focus’ Steve Palazzolo tweeted out this interesting stat, showing over the last three seasons, no QB has thrown as many passes at or behind the line of scrimmage than Big Ben.

He’s one of just five QBs in the league to have more than 300 such attempts and he paces the entire group, well ahead of Matthew Stafford in second place.

Of course, the numbers aren’t a shock either. Roethlisberger has been durable and the offense has run through him for years. Here are the top five QBs in overall attempts from the same three year span.

So Roethlisberger is tied for second most with Eli Manning and barely trails Kirk Cousins. Manning, Matthew Stafford, and Drew Brees all also appear in the top five on both lists. Curiously, Cousins is nowhere to be found on Palazzolo’s list but that’s a discussion for Vikings’ fans.

While some fans have felt frustrated by the Steelers’ lack of rushing attempts, they finished near the bottom of the league there last season, it’s simply been substituted by the short passing game. RPOs, quick game, screens, to running backs and receiver in order to get the ball in space to playmakers. Think of it as an elongated, more efficient version of the run game.

PFF took it another step to look at passer rating on such throws, too.

Roethlisberger doesn’t come in quite as strong, none of the top QBs in total attempts did (Brees finished the highest, in 5th place) but still a very respectable tied for 9th place overall.

The focus on passing the football has been worth it. Things may change a bit in 2019 without Antonio Brown and it’s hard to anticipate the team throwing as much as they did last year simply because it’s unrealistic to expect them to throw it 700 times again. Numbers naturally regress to the mean.

But Randy Fichtner throwing the ball as much as he had aren’t all chuck-and-pray deep shots. They’re calculated, low-risk plays that give offenses the best chance to win in today’s NFL.