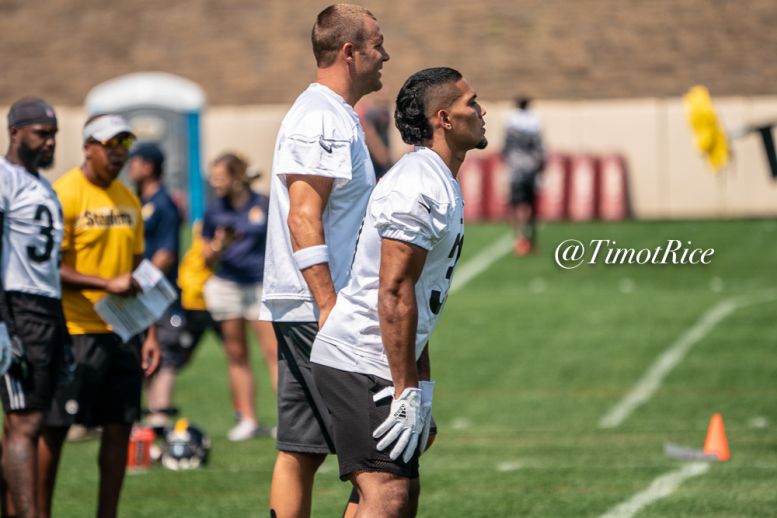 All of Steelers’ Nation knows James Conner’s incredible story. The obstacles he’s overcome to get drafted – and then thrive – in the NFL. But in recently appearing on rapper Mike Stud’s podcast, Conner opened up and explained his cancer diagnosis was more serious than anyone even knew.

Conner began by explaining some of the symptoms that led him to go see a doctor. Despite being a top athlete and star running back at Pitt, he always felt tired and still struggled to fall asleep each night.

“I get some tests done,” Conner said in the hour long interview. “I got a tumor surrounding my heart, bro. My heart, I got tumors growing all around it, pressing on it…doctor told me I had about a week left. He said you got about a week if you didn’t get this treated. At the rate it was growing.”

He was ultimately diagnosed with Non-Hodgkin’s Lymphoma. Chemo was a grueling 12 weeks, all while he was rehabbing a torn ACL. But the hardest part was breaking the cancer diagnosis to his brothers. Conner is the youngest of five and developed a strong bond with his family.

Conner used that as motivation to win his battle. He created a more positive mindset, relied on faith and family, and declared cancer free in May of 2016, weeks after getting drafted by the Steelers. He also attributes suffering the knee injury as a blessing. Had it not been for that, he wouldn’t have gone to a doctor to get checked out and believes “he would’ve died on the field.”

Now, he’s a Pro Bowler in just his second year and as our Daniel Valente recently wrote, his aim is to make it back every single season. For the first time, he’ll enter a season firmly entrenched as the clear-cut, #1 back. As a rookie, he backed up Le’Veon Bell and though he was the starter Week One last year, no one knew Bell planned on skipping the entire season.

Overcoming all the adversity, Conner can’t wait to see what’s next.

“The story’s still being written.”