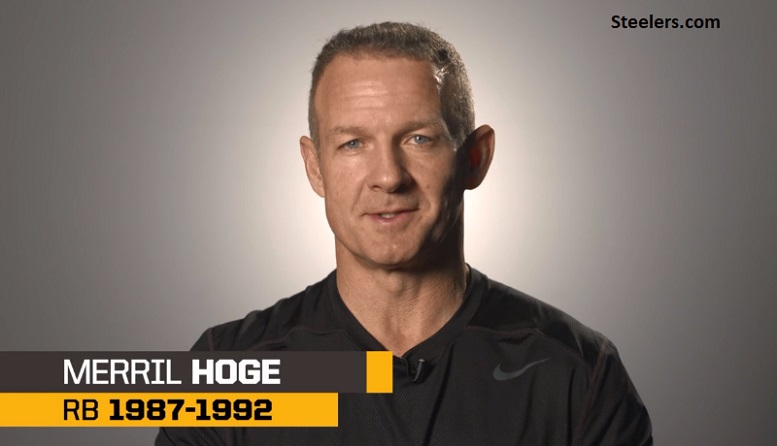 Despite the Pittsburgh Steelers trading away of star wide receiver Antonio Brown this offseason and letting running back Le’Veon Bell leave via free agency, one of the team’s former running backs likes the chances of this year’s group of players.

On Wednesday, former Steelers running back Merril Hoge addressed the 2019 Steelers chances ahead of him playing in the Mid Penn Bank Celebrity Golf Tournament at the Hershey Country Club and he was quite a glass-half-full person in the process.

“I think the key word here is team. Teams win championships,” said Hoge on Wednesday, according to Eric F. Epler of pennlive.com. “Quarterbacks don’t win championships, defenses don’t and offenses don’t. They have a lot of weapons there and they feel more like a team now. I like their odds better this year than I did last year.”

During his short talk about the Steelers on Wednesday, Hoge addressees recent past Steelers teams that suffered through having multiple players suspended. In short, he made it clear that he believes the culture inside the Steelers organization is just fine right now and especially with Brown and Bell both now out of the picture and other teams.

“There was a time when we had three players on drug suspension, which was more players than any team in football,” Hoge said. “But, when you talk about a player’s behavior and you blame an organization or league, that’s irresponsible. Players are responsible for their actions.”

The Steelers certainly to seem more team-like this past offseason with Brown and Bell both out of the picture. Additionally, it’s been a very, very quiet offseason for the team in regard to drama with those two offensive players being no longer in Pittsburgh. They seemingly didn’t miss Bell too terribly much last season when he decided to hold out the entire year as fellow running back James Conner filled his shoes nicely. Replacing all that Brown did on offense won’t be as easy this season, however.

Hoge being overly bullish on the 2019 Steelers isn’t overly surprising. after all, he’s good friends with Steelers quarterback Ben Roethlisberger. Additionally, throughout the offseason, Hoge has also done quick video breakdowns of most of the Steelers 2019 draft picks and in those he seemed quite pleased with each one that he discussed and their prospects of being first-year contributors.

We’ll see if becoming more of a team in 2019 will help the Steelers offset the loss of Brown enough to enable Pittsburgh to make a serious run at a seventh Lombardi Trophy. To hear Hoge talk recently, he seemingly thinks that can indeed happen.

Since 1996 he had been a football analyst for ESPN television.