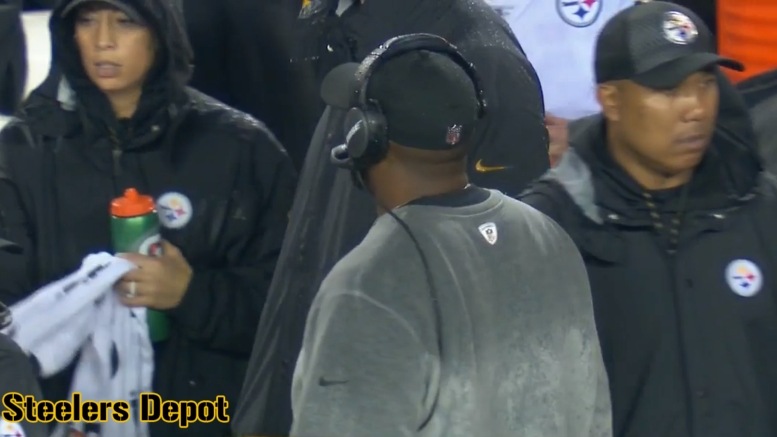 Hines Ward is one of the most beloved members of the Pittsburgh Steelers’ franchise. Not just in recent years, but in their entire history, which includes an awful lot of players that people have loved over the years. There are many people for whom Ward is and will always be their favorite player. In many ways, he personified the image of ‘Steelers football’, which is why he even made the occasional appearances in the Renegade montages. Not ordinarily the domain of a wide receiver.

A third-round pick who didn’t even have an ACL, Ward made something of himself and even won his share of battles. When it came time to decide who was going to get a new contract between himself and Plaxico Burress, it was Ward who remained with the franchise, and ultimately retired as a Steeler.

It’s for these and many other reasons that people still listen when he talks. And he’s had a few things to say about his former team this offseason, which have been polarizing to some degree. While giving an interview for the Atlanta Journal-Constitution recently, he did briefly revisit the Steelers, asked about his thoughts on the changes the team has made this offseason.

It’s just getting back to Steelers football. Not really the drama that goes on outside of football, off the field. It’s really, let’s just line up, come together as a team, just line up and kick tail, that’s the Pittsburgh way. In order to get over the hump and get past New England and all that, I think that’s key is just lining up and focus on football, leave all the other stuff at home.

Ward himself hasn’t always been free of drama, most notably publicly questioning Ben Roethlisberger not playing due to a concussion in a big game during a primetime broadcast. That raised some eyebrows at the time and soon after he apologized for his comments.

Still, I think pretty much everybody can get on board when he says that the Steelers need to “just [line] up and focus on football, leave all the other stuff at home”. There’s no doubt that there has been too much of the other stuff over the course of the past couple of years, but there is an overwhelming sense, and projection from the players, that that stuff is behind them.

Of course, riding a 2-4 record into a postseason-less season just a year after going 13-3, and having been in position to have a bye week for the second year in a row, can have a pretty sobering effect in and of itself.

Outside of the removal of two very high-profile personalities from the equation this offseason, I also think that the intense attention and scrutiny the team has been under has been a key factor in their rallying together as a team more than they have in years. How will that tangibly affect the on-field factor? That remains to be seen.