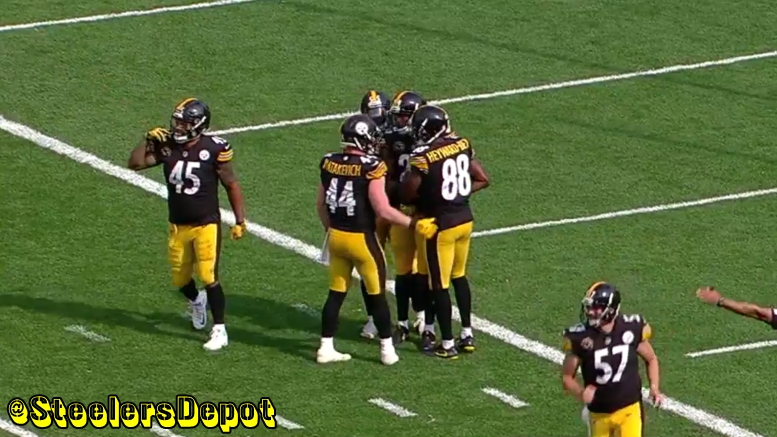 Topic Statement: Replacing the special teams contributors the Steelers have lost this season should weigh meaningfully on the decisions made in finalizing the 53-man roster.

Explanation: The Steelers lost two of their most important special teams contributors this offseason in L.J. Fort and Darrius Heyward-Bey. We can also easily predict a steep reduction in Terrell Edmunds’ role, if he retains one at all. These players played valuable and productive roles on units that one can argue were already underperforming.

Special teams is always going to weigh meaningfully on the finalization of the 53-man roster whether significant players were lost or not, but when you do lose those important players, it does have to factor in even more heavily. We know the Steelers look at it this way when Mike Tomlin refers to ‘starting’ roles for non-specialist players on special teams.

Basically, if there are any fringe players who really stand out on special teams in the preseason this year, he needs to be considered with favor toward making the team. That goes doubly for anybody with elite speed, which was an invaluable dimension that Heyward-Bey added and really shaped some of their coverage units in ways most people don’t realize.

As long as you have 11 players who have the want-to and the skill, and the intelligence to carry out their assignments, special teams really shouldn’t be so complicated. While special teams is important, it is, even more than offense or defense, about being schematically sound than anything else. You can’t have gaps in your coverage or protection or you’re either going to give up a big play or a big hit on your own returner.

And while the Steelers’ coverage and return units might have been largely sub-par last year, they were not an outright liability. The biggest negative was a punt return touchdown that by rights should have been called back due to a penalty for an illegal block in the back.

Sure, a guy like Sutton Smith or Ulysees Gilbert III is going to have a better chance of making the roster if he looks good on special teams, but that’s the way the story has always gone. That’s no different from the usual, and isn’t specifically about replacing special teams ‘starters’.