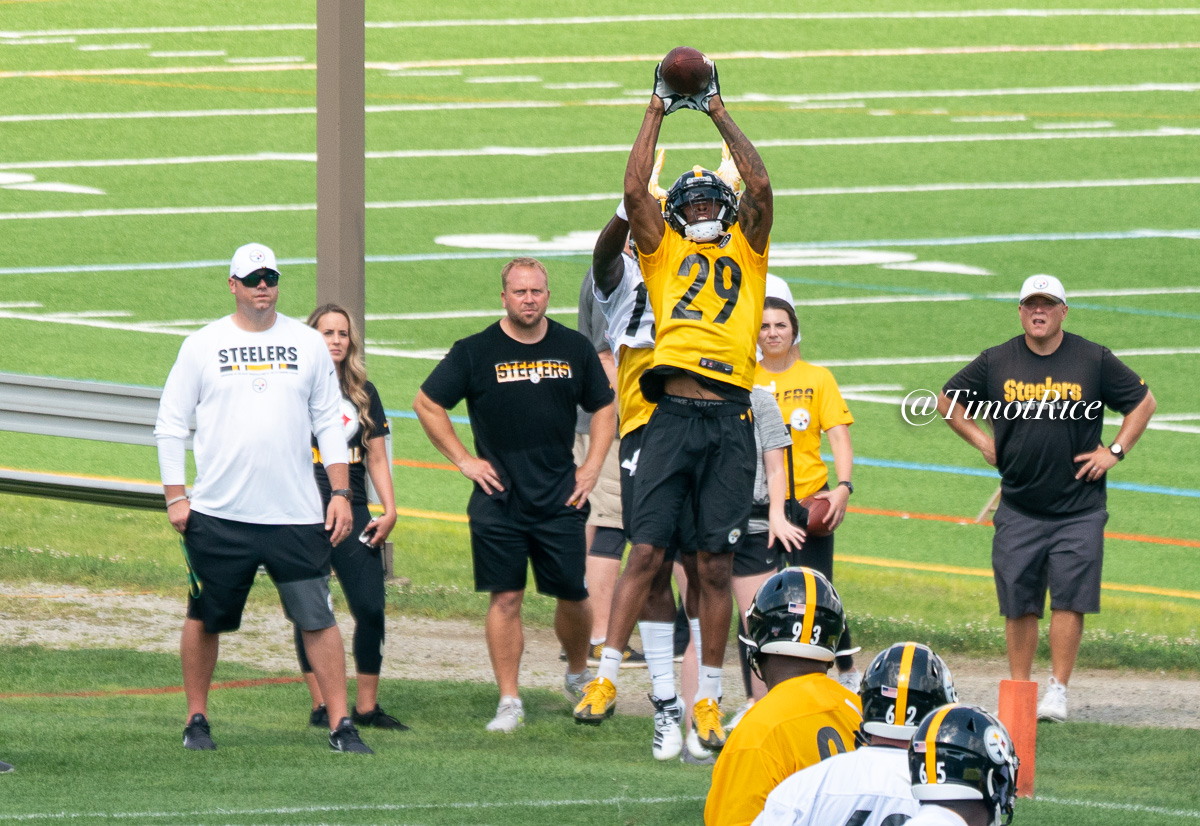 Josh Dobbs drops back. Fires a fade in the back left corner of the end zone for James Washington. A chance for both guys to make some noise. Almost a perfect play. Except for one thing.

You should’ve seen the play he made.

Luckily, the ultra talented Tim Rice captured the moment perfectly, the photo you see at the top of this article. Allen timed his jump perfectly, high-pointed the ball, and intercepted it. It was the first INT of camp and no one needed it more than him.

Allen was billed as the raw “upside” prospect coming out of Utah. But like Bill Parcells once said, potential just means you haven’t done anything yet. That’s basically how Allen’s first two years have gone. He’s played a grand total of one defensive snap, coming his rookie year, and his play nosedived a year ago. He struggled mightily in the preseason, showed poor technique and ability to stay in-phase, and didn’t make the initial 53 man roster. It wasn’t until early October he was promoted from the practice squad following Nat Berhe’s season-ending torn pectoral.

In the offseason, the team went out and signed Steven Nelson followed up by drafting Justin Layne in the third round. Both players are obviously roster locks alongside Joe Haden, Mike Hilton, and probably Cam Sutton. That’s five cornerbacks with only the possibility of the team keeping one more. Artie Burns is going to be paid his $800K roster bonus, offering financial incentive for Pittsburgh to keep him one more season, while guys like Herb Waters and Alexander Myres will scratch and claw their way onto the roster. Making the roster will be tough.

That’s why making plays like the one he did is so critical. Play to his size, the athleticism that got him onto the roster. Go up and get the ball, make the play that no one else on the roster is even capable of. That’s what turns heads. And his interception Friday afternoon sure got my attention.

Hopefully it’s the start of a big August.

If not, it’ll be his last in a Steelers’ uniform.