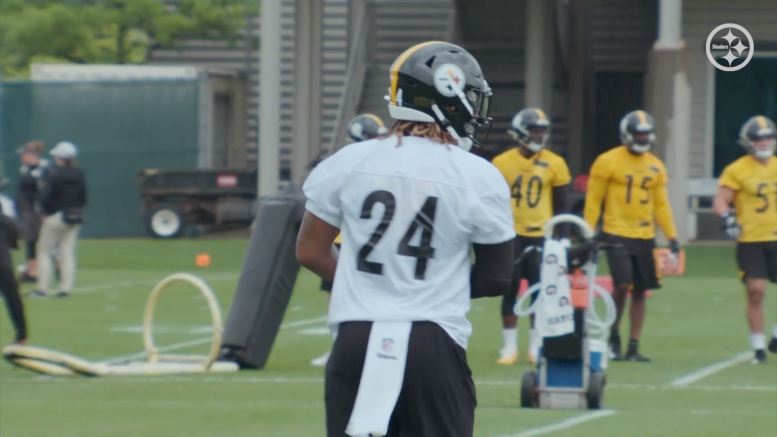 Who better to work with before training camp than someone who rose from a longshot to roster lock? That’s Roosevelt Nix and rookie running back Benny Snell is learning all he can from him.

Speaking with the the Lexington Herald-Leader, Snell said he’s spent the last few weeks training with Nix. Both are Ohio natives so linking up makes sense.

“Just training twice a day. Getting my body right,” Snell told the paper. “I’ve been back home working with Rosie Nix, my fullback. We’ve been getting after it every day.”

Nix entered Steelers’ training camp in 2015 with the biggest odds. Few thought he had a chance to make the roster, a second fullback – Will Johnson was the starter – in an era where most teams didn’t even bother to carry one. But Nix made himself impossible to cut with his tenacity and impact on special teams, blocking a punt against Carolina in the final preseason game to cement his spot.

Snell has much better odds to make it. As a 4th round pick and clear #3 on the depth chart, it would be an upset for him to be left off the Steelers’ 53 man roster. But he’ll have to embrace being the backup after he was “the guy” at Kentucky. Special teams is going to be part of his job duties for the first time in his football career too, something I’m sure Nix can lend some advice about.

Pittsburgh has an interesting trend of finding backs from the area. James Conner is from Erie while Nix, Snell, and Le’Veon Bell were all born in Ohio. Mike Tomlin has said in the past growing up in those areas makes players ready for cold, ugly December weather synonymous with Pittsburgh.

Though Snell hoped to go higher than the 4th round, he’s elated to be part of Pittsburgh.

“You want to be higher. I feel like my skills could talk here and there. But I’m happy I’m with the Steelers. Perfect fit for Benny Snell.”

Snell’s big body and physical run style will mesh will in a Steelers’ training camp regarded as one of the most physical in the league. That will be his first true taste of what the NFL is like after spending OTAs and minicamps running around in shorts and shells during non-contact practices. But he’s battle-tested, working hard, and already, leaning on the advice of others. That’s a good start.