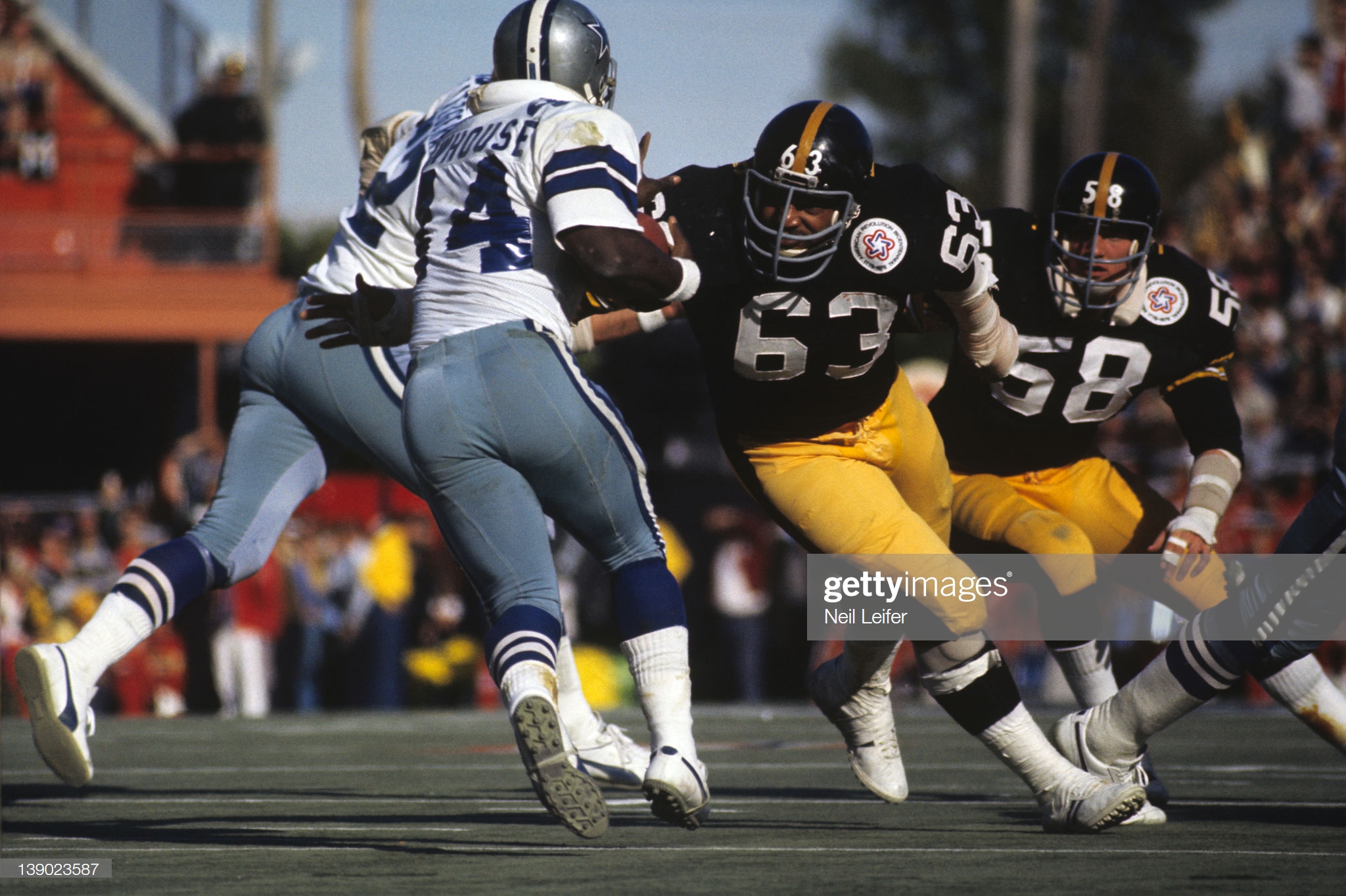 Question: Who is the greatest third-greatest 4-3 defensive tackle in Steelers history?

So, this is another one of those questions where the answer is too obvious to start at the beginning…or even right next to beginning. The Steelers as an organization have literally only ever retired two numbers: 70, and 75. Those numbers were last worn by Ernie Stautner and Joe Greene, a pair of Hall of Fame defensive tackles.

We can always start with Ernie Holmes, the other interior member of the Steel Curtain. He was never recognized as a Pro Bowler and had a relatively short career (he was, in fact, traded prior to the team winning their second set of Lombardis), but he was a big part of that group of players.

Following Holmes was Steve Furness and Gary Dunn. Dunn actually became their first nose tackle after they switched from the 4-3 to the 3-4 in 1982. Throw in John Banaszak, who became one of their first 3-4 defensive ends.

Chuck Hinton was playing right defensive end when Green was drafted, and in fact had been playing there since 1964. He scored two defensive touchdowns in his career, one off of an interception and then on a fumble recovery. Before moving to center, Ray Mansfield actually played a couple of seasons at defensive tackle as well.