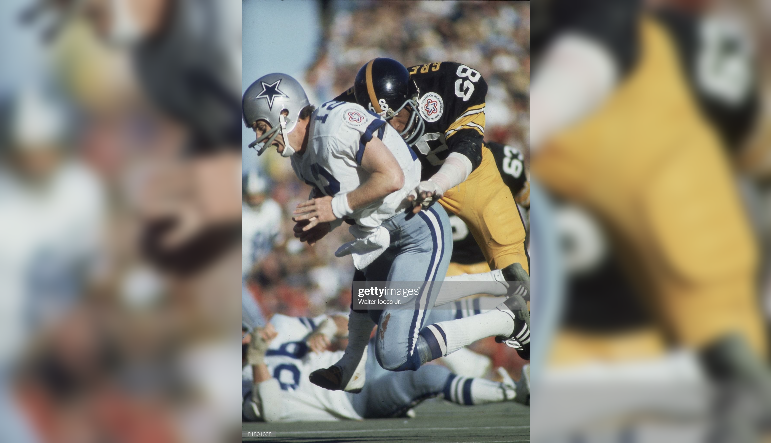 According to the official NFL record book, the most sacks ever for a player in appearances in Super Bowls belongs to Hall of Famer Charles Haley and future Hall of Famer Von Miller with 4.5 each.

What if I told you though that one player in the pre-sack era unofficially had four in one game — and five total in Super Bowl appearances, unofficially holding the record? What if I also told you that player wasn’t in the Hall of Fame and hasn’t been a finalist since 2006?

Reading those few sentences above, many of you probably knew who I was talking about right away, especially if you read my piece over the weekend making the case of Greenwood to get into the Pro Football Hall of Fame.

Seeing the reaction the piece generated and the overall attention that I received for seemingly starting the Greenwood movement for the Hall of Fame through the senior committee, I decided to dedicate a film room piece to Greenwood’s four-sack effort in the 21-17 win over the Dallas Cowboys at the Orange Bowl in Miami in Super Bowl X on January 18, 1976.

No player in the history of the NFL has had four sacks on the biggest stage in the Super Bowl — officially. Of course, sacks didn’t become an official stat until 1982, which was one year after Greenwood called it a career.

That day in Miami though, Greenwood dominated from start to finish, pairing with “Mean” Joe Greene, Dwight White and Ernie Holmes to live in the Dallas backfield, harassing Roger Staubach throughout the afternoon, leading to the win, claiming the second straight Super Bowl title for the black and gold.

When I say right from the start with Greenwood in Super Bowl X, I truly mean it.

On the first play from scrimmage offensively for the Cowboys, head coach Tom Landry dialed up a naked bootleg for Staubach off of play action. Greenwood was waiting for it, sacking the future Cowboys’ Hall of Fame quarterback, forcing a fumble in the process. Dallas recovered the fumble though, avoiding a mistake early on.

Turns out, this would be the easiest sack of the day for Greenwood, as he was unblocked on the play and just had to run straight upfield to get into the path of Staubach for the sack. The fact he was able to punch the football out with his right hand in the process of sacking Staubach sure was special.

After sacking Staubach on the first play of the game, Greenwood was rather quiet through the rest of the first quarter, recording just one other tackle on a five-yard run by Robert Newhouse. Greenwood found his game in the second quarter though, thanks to a well-timed, well-executed stunt with Greene on second and 13 from the Pittsburgh 23-yard line.

The stunt allowed Greenwood to loop behind Greene, knifing into the Dallas backfield between center and guard to get a free shot at Staubach. In the process, Greenwood dislodged Staubach’s helmet some, leading to Staubach barking at the official looking for a flag. Yes, even then quarterbacks looked for flags, believe it or not.

Following Greenwood’s sack of Staubach to set up a third and 25, the Steelers got to the Dallas star again as Ernie Holmes raced in, swarming Staubach for al loss of 10, setting up a Dallas punt.

As the Steelers’ offense couldn’t finish off drives, and kicker Roy Gerela missed two field goals to keep the Steelers behind 10-7, the Steel Curtain continued to stand tall. Early in the fourth quarter, Greenwood got home for his third sack of the game.

Much like his first sack of the game, it wasn’t one to truly write home about for Greenwood. Still, a sack is a sack, even if it truly wasn’t considered one back in 1976.

Greenwood did a great job staying patient for his third sack, spying Staubach in the pocket as White and Holmes chased the Dallas star all over the place. Eventually, Greenwood cleaned it up for a three-yard loss, forcing a punt, that resulted in a safety for the Steelers, giving them the spark they needed.

Trailing 10-9 and receiving the football after the safety, the Steelers went on to drive down the field against the Cowboys and take a 12-10 lead with 9:05 left in the fourth quarter on a 36-yard field goal from Gerela. Two plays later, Staubach was picked off for the second time in the game as Mike Wagner intercepted a pass intended for Drew Pearson.

Four plays after the interception, Gerela kicked an 18-yard field goal for a 15-10 lead.

Greenwood came up big one final time on the ensuing Dallas possession, chasing down Staubach in the pocket for a nine-yard loss and his fourth sack of the game, setting up a third and 15 that eventually led to another punt, setting up Steelers’ quarterback Terry Bradshaw’s 64-yard touchdown pass to Lynn Swann, all but putting Super Bowl X away for the black and gold.

That day, Greenwood was truly a dominant force. On top of his four sacks, he recorded three tackles against the run. White and Steve Furness also recorded sacks of Staubach on the day as the Steel Curtain got to the flashy Dallas quarterback seven times on the afternoon, holding him to just 204 passing yards, two touchdowns and three interceptions, while also holding the Dallas rushing attack to just 108 total yards on 31 carries.

Talk about a display of dominance.

With his individual performance in Super Bowl X, along with his overall career numbers, there’s simply no reason L.C. Greenwood shouldn’t be in the Pro Football Hall of Fame. It was a gross oversight from the senior committee to not include him in the semifinalists for the Class of 2023, especially when putting a name like Jim Marshall ahead of him.