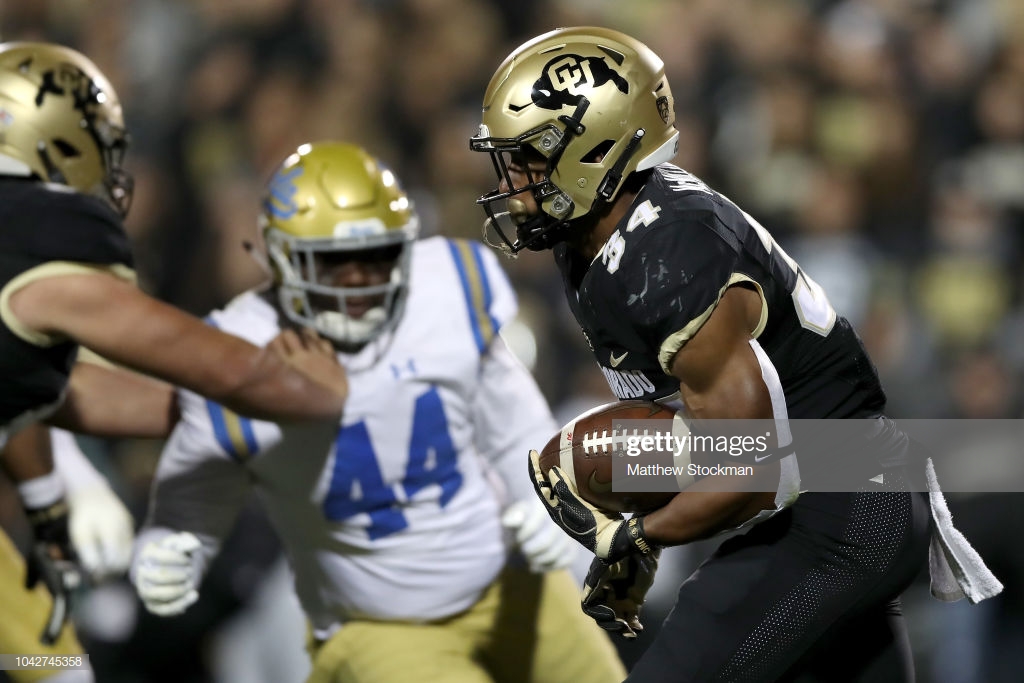 Barring an injury happening between now and the start of the 2019 regular season, the Pittsburgh Steelers are seemingly set at the running back position when it comes to their 53-man roster. After all, the team spent a fourth-round draft pick this year on Benny Snell Jr. out of Kentucky and he’s expected to open his rookie season behind starter James Conner and backup Jaylen Samuels. Should those three indeed wind up being the three Steelers running backs to open the 2019 regular season then this year’s training camp battles at the position figure to be for a spot on the team’s practice squad.

Currently, there are four young running backs on the Steelers offseason roster seemingly battling for what will likely be one practice squad and they are Trey Edmunds, Ralph Webb, Malik Williams and Travon McMillian. Of those four, McMillian is the only rookie and he was signed as an undrafted free agent out of Colorado. In a recent interview with Justin Guerriero of CU Sports Nation, McMillian explained how he got the news after this year’s draft that the Steelers wanted to sign him.

“I was in Boulder hiking and I got a call from [Steelers scout] Kelvin Fisher…he came to my Pro Day [at CU] so he already knew me [and] I already knew him…we have a really good relationship,” McMillian said.

Upon his arrival to Pittsburgh, McMillian already knew quite about a few of his new Steelers teammates, running back Trey Edmunds and his brother, safety Terrell Edmunds, the team’s 2018 first-round draft pick, as he had played with both at Virginia Tech for a few seasons before ultimately transferring to Colorado after the 2017 season. Thanks to his prior relationship with Trey Edmunds, McMillian was able to easily integrate himself into the Steelers running back room upon his Pittsburgh arrival.

“They’re a great group of guys, all humble guys,” McMillian said, according to Guerriero. “As soon as I walked into the running back group, they knew who I was…those guys are really cool. We all get along and have a pretty tight knit group.”

After a 2014 redshirt season at Virginia Tech, McMillian led the Hokies in rushing the next season as he registered 1,042 yards and 7 touchdowns on 200 total carries to go along with 12 receptions for 64 yards and a touchdown. His total touches and stats dropped off in each of the next two seasons and he decided to transfer to Colorado after graduating. In his lone season at Colorado, McMillian nearly matched his 2015 season stats as he rushed for 1,009 yards and 7 touchdowns on 201 total carries in addition to registering 14 receptions for 118 yards and a touchdown. McMillian earned honorable mention All-Pac-12 honors from the league coaches for his 2018 season efforts.

“[Playing at Colorado] was a great experience,” McMillian told Guerriero. “Coach [Darian] Hagan did a great job with our running back group and I learned a lot from him. He helped me elevate my game, that’s for sure.”

While McMillian’s solid 2018 season at Colorado wasn’t ultimately rewarded with an invitation to this year’s scouting combine in Indianapolis, he did show that he probably belonged there at his Colorado pro day as reportedly posted a 40 yard-dash time of 4.48 seconds and did 22 reps on the bench after measuring in 5112, 210-pounds.

A quick look back McMillian’s college career reveals that he might not have been asked to play much on special teams and that’s certainly a phase he’ll need to excel in this summer during training camp and the preseason if he wants to increase his chances of sticking in Pittsburgh after the final roster cuts are made. Not surprisingly, McMillian told Guerriero he’s willing to do whatever it takes this summer to stick in Pittsburgh with the Steelers.

Obviously, McMillian has a tough path ahead of him this summer but even so, if he can remain healthy from this point of the offseason and on, he might just find himself on the Steelers practice squad come September and especially if he can beat out his former Hokie teammate, Trey Edmunds, who ended the 2018 regular season on the Steelers 53-man roster.