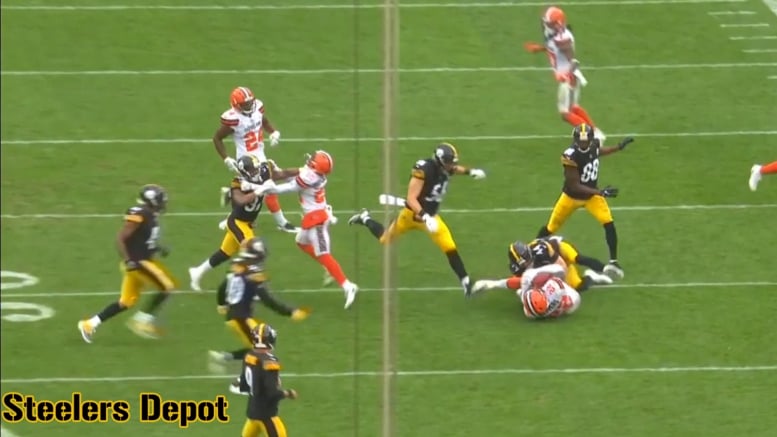 Forget not the special teams, lest ye be damned. This is an old aphorism (which I just made up) that many teams have to learn through experience. There are those who constantly seek to dismiss special teams, not realizing that there are teams who miss out on the postseason because they did not get things done in the third phase of the game.

Many young players coming into the NFL might not realize the importance of special teams, either, because quite frankly the players who are good enough to make it onto an NFL roster are not the guys who were often playing on special teams in college.

The importance is not just to their teams, but also to themselves, because many of these players who might have been standouts on their college teams will be just another guy in the NFL, and those guys will be the ones who do little more than play on special teams. So they had better learn to make that task important to themselves as soon as possible.

Just look at the Pittsburgh Steelers’ Tyler ‘Matter Cabbage’ Matakevich, who turned himself into a special teams stud to help him make the roster as a rookie seventh-round pick in 2016 and has stuck around since, now with virtually no mind toward moving up defensively. He has settled into his place, and is taking it seriously in his fourth season.

Truth be told, there are openings. The Steelers lost two core special teams players from last season in L.J. Fort, who signed with the Philadelphia Eagles, and Darrius Heyward-Bey, whom they simply did not re-sign. Meanwhile, Terrell Edmunds will have his special teams work cut as he is cemented into a starting role.

In comes Devin Bush, and Sutton Smith, and Ulysees Gilbert III, and Justin Layne, and Benny Snell, and Diontae Johnson. Linebackers, wide receivers, defensive backs. The occasional running back. The bulk of the special teamers on any team, and the names above, the bulk of the Steelers’ rookie draft class, from those positions.

Danny Smith’s special teams units have been an enigma, coming up with big plays and then responding with gaffes that just make you scratch your head. They failed to field a safety kick two times over the past two seasons, which remains just absolutely mind-boggling to me. In case you need reminding of how important it is for every person on the field to know all the rules for the situation they’re in.

And in case any of them are reading: a safety kick is a live ball and must be recovered.