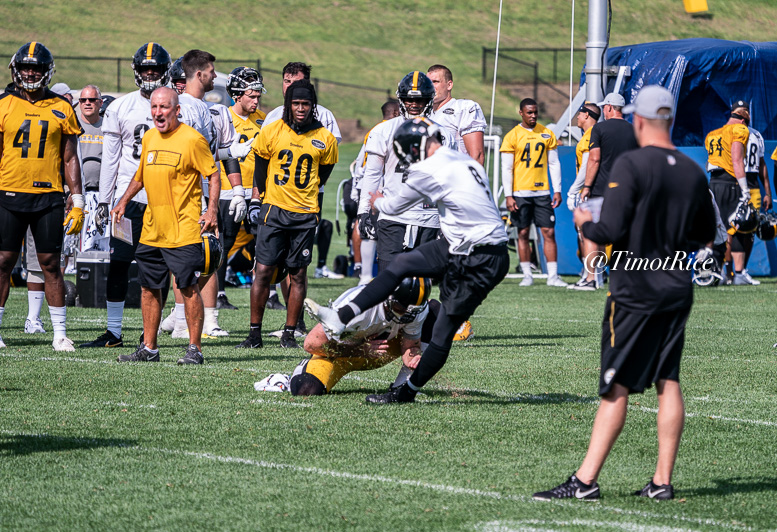 Soon enough, all eyes will be on Chris Boswell. For that first kick of the preseason and definitely, should he make the team, his first try when the games count. But for now, for today, the eyes were on special teams coordinator Danny Smith. The man in charge of getting Boswell back to being Boz.

Smith spoke to the media on the first day of minicamp for the first time this year. Minicamp offers a chance to hear from coaches who don’t always speak to reporters. Naturally, the questions revolved around Boswell.

Though Smith cautioned reporters, noting no one will truly know if Boswell is “fixed” until the games matter, he said there’s definite improvement.

“We’ve made corrections and we’ve worked hard at it together and I’ve seen a great deal of improvement,” he told Steelers.com’s Mike Prisuta, who has a notebook full of quotes from the interview.

You don’t need a recap of what happened last year, heck, I’m sure you don’t want the reminder, but hold your nose for it. Coming off a Pro Bowl season, Boswell tanked last year, essentially from the get-go. He started the year 1/4, missing a game-winner in overtime against Cleveland in Week One. While things began to even out on field goals, making his next seven, he was hard to trust and missed several extra points. His struggles returned at the end of the season, highlighted by a Mario Kart banana peel slip on a 40 yard attempt that would’ve tied the game versus Oakland.

Boswell ended the year on injured reserve, suffering a groin injury against New Orleans and missing the final week of the season. Matt McCrane was signed in his place but released earlier this offseason. His biggest competition will come way of UDFA Matthew Wright but ideally, Boswell bouncing back is best for the Steelers.

Smith is encouraged by what he’s seen so far.

“I’m in the mindset he’s gotta be the guy we had two years ago, and right now it looks like that’s what we got.”

Always close to the vest, Smith declined to get into specifics of what’s different in Boswell’s swing this year. For him, it’s helpful to have the same long snapper and punter (who holds on kicks) as last year in Kameron Canaday and Jordan Berry.

Kickers are fickle and unpredictable. Boswell can look good in the preseason and flail again the rest of the way. He’ll be under the microscope on every kick, added pressure to an already pressure-filled position. But as we recently studied, it is possible for kickers to bounce back after terrible years. Initial signs point to Boswell joining that list.